What Is a Tick-Borne SFTS Virus? What Are the Symptoms? Can It Be Transmitted Between Humans? Everything to Know About the Virus That Re-emerged in China 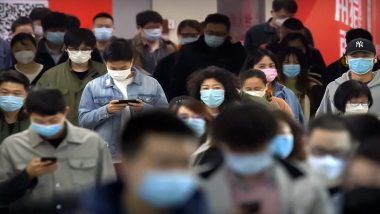 Can we get a break, 2020? The struggle to continue our battle with the pandemic seems endless now. We have no idea, when will things be back to normal. And since coronavirus pandemic does not seem enough, the year thought to treat us with more horrific headlines, almost every day. Amid the worldwide chaos, another infectious disease caused by a tick-borne virus has infected reportedly 60 people in China and killed seven. Chinese officials have reported cases of the disease which is caused by tick-borne or SFTS virus. However, this virus is not new, and it was first detected in 2009. The virus now has re-emerged in the country. So, what is a tick-borne virus? Can the virus be transmitted from person to person? Should you be worried? As soon the tick-borne virus made to the headlines, it was only natural for all of us to try and know more about this virus and if we should be worried. In this article, we bring you everything you should know about this tick-borne virus.

What is the Tick-Borne or SFTS Virus?

SFTS virus, which stands for severe fever with thrombocytopenia syndrome virus, is a novel phlebovirus that belongs to the Bunyaviridae family. It is a tick-borne virus. The virus was first identified in China in 2010 and has subsequently been reported in Japan and Korea.

What are the Symptoms of Tick-Borne Virus?

The symptoms of SFTS or tick-borne virus include sudden high fever, chills, loss of appetite, bleeding of gums, gastrointestinal symptoms such as vomiting, diarrhoea and abdominal pain, muscular pain, neurological abnormalities such as headache, confusion and seizure, thrombocytopenia (extremely low levels of platelets), leukocytopenia (low levels of white blood cells), and coagulopathy (where the blood loses its ability to form a clot and stop bleeding), as explained by studies. Hantavirus: News of Person Dying Due to Another Virus in China Leaves Netizens Scared; Here’s All You Need to Know About Hantavirus Pulmonary Syndrome.

Can Tick-Borne Virus be Transmitted From Person to Person?

Yes, the tick-borne virus can be transmitted from person to person. According to virologists, the infection can pass on to humans by Haemaphysalis longicornis, an Asian tick and the virus can be transmitted between humans. Sheng Jifang, a doctor from the first affiliated hospital under Zhejiang University, explained in reports that the possibility of human-to-human transmission could not be excluded. Patients can pass the virus through blood or mucous.

Should You be Worried?

Ever since the virus was first identified, various studies were reportedly done to determine the mode of infection and ways of transmission. However, no vaccine has been developed yet. The SFTS virus is known to affect elderly people between 50 years and above and also those with a weak immune system. Doctors have reported that as of now, people should not panic over the virus, but remain cautious.

As of now, the SFTS virus has been traced in parts of China, South Korea, Japan, Vietnam and Taiwan. People are advised to remain careful and follow healthy hygiene to avoid any transmission of diseases.

(The above story first appeared on LatestLY on Aug 06, 2020 04:37 PM IST. For more news and updates on politics, world, sports, entertainment and lifestyle, log on to our website latestly.com).