A person’s early experiences shape his or her adulthood. So when mental disorders in the young are ignored, they can go on to ruin all aspects of their well-being in the future. 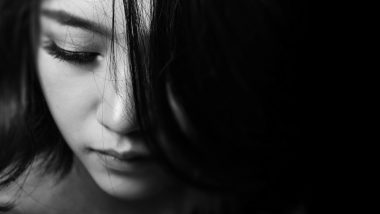 The world is slowly acknowledging the burden of mental health problems. Awareness around the issue has prompted many people, including celebs, to speak up about their experience, making others suffering from the condition feel they are not alone. Every year on October 10th, WHO observes World Mental Health Day to create dialogues on the topic and to spread awareness about mental disorders. This year’s theme is Young People and Mental Health in a Changing World. Mental wellness is rarely discussed in the context of young people due to the belief that the youth can never be depressed. But that’s a fallacy.

Why Address Mental Health Problems In The Youth?

The National Alliance on Mental Illness states that 50 percent of all chronic mental disorders take root at the age of 14. A person’s early experiences shape his or her adulthood. So when mental disorders in the young are ignored, they can go on to ruin all aspects of their well-being in the future. This makes a case for addressing mental health problems in the person’s youth.

“News is flooded with reports of high suicide rates, growing depression and drug dependence. It’s high time we teach about mental health in schools and not wait until an epidemic breaks out,” she adds.

Why Are The Youth More Vulnerable?

The challenges the youth face are unique since they are at an important cusp of their life, moving from youth to adulthood. “This role transition that youngsters face makes them more vulnerable,” says Dr Kedar Tilwe Dr.Kedar Tilwe, Psychiatrist, Sexologist and Geriatric psychiatrist, Hiranandani Hospital, Vashi – A Fortis Network Hospital.

This demographic is also easily excitable, according to Dr Dutta. “They are young, restless and easily swayed. They need guidance in the most formative and productive years of their lives,” she adds. Work-Related Stress? How Alternative Healing Therapies Can Improve Mental Health.

Additionally, problems of identity conflict, physical changes associated with puberty and perceived generation gap-related clashes with parents are some other factors that impact youngsters’ mental health. “There’s also a need to be accepted into their peer group and to conform to the norms of that group, leading to peer pressure,” says Dr Tilwe.

Then there’s the social media factor that has been dictating the lives of young people today. Although it has been prevalent since the early 2000s, it’s only recently that we’ve decoded its impact on young people’s mental health and the findings are not very encouraging. Social media has spawned problems like sleep disorders, the Fear of Missing Out (FOMO), self-esteem issues and cyberbullying, factors which can impact the mental health of youngsters.

What Are Outward Signs of Stress and Depression In a Young Person?

The signs of stress and depression in a young person aren’t much different from those in an adult. “Sudden changes in sleep and appetite, crying, unexplained aches and pains, erratic time keeping, excessive risk-taking behaviour, disruptive and abusive behaviour, speaking about death, suicidal ideation and drug use are some of the signs you should watch out for,” says Dr Dutta.

“There may be signs of ‘acting out’,” says Dr Tilwe, such as sudden outbursts of anger, social withdrawal and anxiety. Some signs of mental distress may also manifest as actions of self-harm like cutting oneself, self-medication, substance abuse, eating disorders or body image issues.

How Can One Help?

It’s important to address mental health problems in the youth at the earliest lest they impact their quality of life later. The first step as a caregiver is being non-judgemental towards them. Parents are often ill-equipped to deal with their child’s mental health problems due to their own prejudices. “Never say things like ‘We have struggled more than you’ or ‘Learn from your friends. They are so much better’,” says Dr Dutta. “If you can’t deal with it on your own, get professional help from experts,” she adds. New Laws on Mental Health in India: Everything You Want to Know About It.

Youngsters can take some measures to deal with mental health problems if they are stressed. “Stress is inevitable. You can either crumble and fall prey to it or ride it out,” says Dr Dutta. Channelling pent-up frustration into doing something meaningful and positive will go a long way. Writing a journal, helping others, practising gratitude and nurturing hobbies may also lessen the impact of mental health disorders. More importantly, we underestimate how effective it is to reach out and open up to someone who understands our problems.

(The above story first appeared on LatestLY on Oct 10, 2018 12:59 PM IST. For more news and updates on politics, world, sports, entertainment and lifestyle, log on to our website latestly.com).