How Najim Mollou Is Inspiring People With His Music

A star in the making, Najim Mollou travels all around the world sharing his music with fans from every corner of the globe. His perspective towards music is simple: “Music is soothing for the soul”. 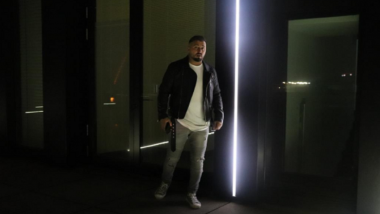 A star in the making, Najim Mollou travels all around the world sharing his music with fans from every corner of the globe. His perspective towards music is simple: “Music is soothing for the soul”.

With thousands of fans, Najim Mollou views music as not just a profession or as a  source of income. But for him, music is a very important part of human life. He believes that for some people it might be the reason why they leave bed every morning. Whereas for some people, music might be the only way to pass time. Therefore, small or big, music does play a role in every human being's life.

Najim says, “Music has always been my way to escape the harsh realities of life”. We all need a break at some point from the fast paced life we are all indulged in. It helps us breathe, take control, and most importantly, it helps us look at life from a different perspective. Just like road trips can get boring and monotonous without some good music, so can life. Thus, despite the fact that many people underestimate the need for music in our daily routine, it is no doubt an essential feature of our routines.

Najim won the hearts of his fans with his new album, “Night Vibes”. As he plays all around the world, his album became popular in no time. Night Vibes' melody and rhythm is a great way to vibe with friends as well as solo.

As all his efforts and struggles are dedicated to his followers, Najim continues to create more music for his followers. He believes that it's the only way to connect with thousands of people at the same time. According to Najim, apart from a song’s rhythm, the wording of a song is also an essential element of music. The small messages and stories behind a song can stimulate different emotions. It can enable listeners to change their standpoints and also provoke them to think about ideas that they never paid attention to.

Even though this is just the start for Najim Mollou, he aims to inspire as many people as he possibly can. He believes that his music will be successful if he is able to put a smile on his follower’s faces or help them out during struggling times. As a result, Najim wants to reach out to as many people as possible.