Mally G Is Producing Beats with an Extra Layer of Heat

Mally G, also known as the Heat Layer, is a young songwriter and producer ready to bring back the authentic r&b sound that music listeners have been craving for years. Obviously, we often hear people singing in music. Some of the most popular rap artists in the industry today try their best to form melodies and harmonize with the instrumentals they add vocals to. 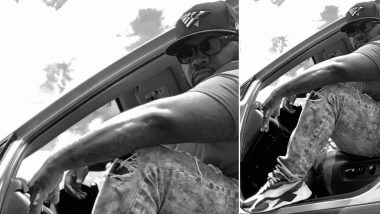 Mally G, also known as the Heat Layer, is a young songwriter and producer ready to bring back the authentic r&b sound that music listeners have been craving for years. Obviously, we often hear people singing in music. Some of the most popular rap artists in the industry today try their best to form melodies and harmonize with the instrumentals they add vocals to. Mally G still believes that the overlap between hip hop, pop, and r&b has essentially eliminated the distinct rhythm and blues sound. He intends to turn the wheel that will cause such a unique sound to resurface in the mainstream.

Hailing originally from Baltimore City, Maryland, Mally G recently decided to bring his music making talents to Raleigh, North Carolina. According to Mally G, there is a progressive music scene in Raleigh which will likely lead to stardom for many artists working in the area. Baltimore City did not provide an environment that Mally G could personally flourish in with his musical style. He explains that he often writes song lyrics for rappers, and he also produces rap beats; however, his expertise is applied primarily to r&b. Mally G also sheds light on the difference between working with r&b artists and rappers. Evidently, the rappers he has worked with have been less inclined to take constructive criticism as opposed to their r&b counterparts. This heightens Mally G’s incentive to focus primarily on making r&b music.

Mally G spends primary source of income stems from music. The disastrous state of society resulting from the COVID-19 pandemic has inspired Mally G to work even harder on his craft. He feels as though the pandemic has broadened his horizons, and he has developed a greater appreciation for his family during the quarantine. The circumstances have increased Mally G’s need to emit love, and it definitely shows in his song lyrics. Mally G describes the beats he produces as similar to an 80s or 90s r&b sound, but he always drafts serious lyrical content which could rival that of any popular hip hop artist.

It seems clear to Mally G that mainstream music is transitioning to the old r&b sound that has been absent the past few years, but it is his duty to fully resurrect that sound. Mally G lists some of the artists who have inspired him musically and those include such legends as Teddy Riley, Johnny Gill, Babyface, The Dream, and Ne-Yo. Although today’s popular artists make countless songs that appeal to the romantic interest, most of these songs have eliminated the prospect of true love. Instead, these songs advocate extremely short-lived relationships and focus primarily on intercourse. Music today is most likely a mere reflection of the culture, but Mally G plans to reform this type of music often heard on the radio. He claims that the songs he writes are meant for the “sweet ladies” that demand their lover’s courtship. He is less interested in writing songs which glorify promiscuity and one-night stands.

Be sure to check out the song lyrics Mally G created for a track performed by The Moon. The track is called “DearLove.” Also, be on the lookout for the artist called Smooth.  Smooth has a song titled “Loving,” which was written by Mally G and will be releasing in about a month!