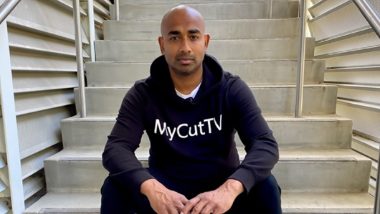 MyCutTV was founded as a content-sharing platform to provide creators and influencers with direct financial rewards for their work. After experiencing immense success, the app has discovered an unintended service: Micro-Funding. In partnering with the University of Houston’s athletic department, MyCutTV is officially launching its solution for smaller organizations looking to raise funds one tap at a time. 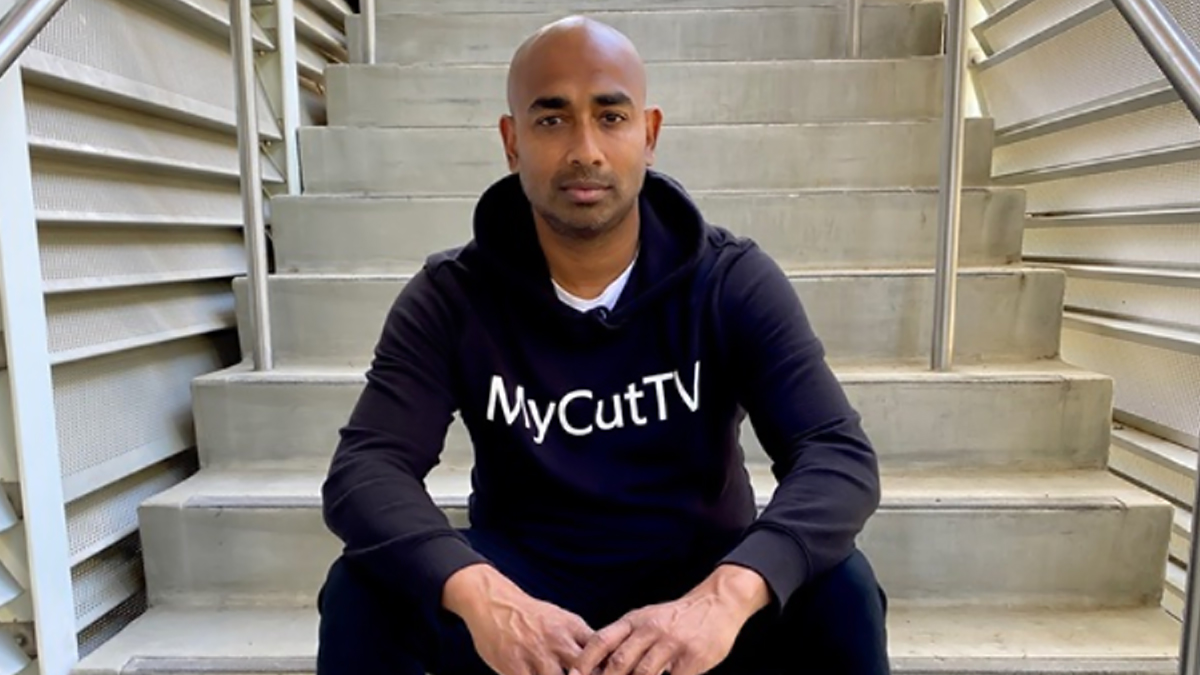 Did you know that 30% of nonprofits fail to exist within 10 years? It’s a staggering amount, and some suggest it might be even higher than that. While there are a lot of factors contributing to their success or failure, one issue comes up frequently—funding.

Funding has always been an issue for charities, but now it’s a bigger hurdle than ever. With recent global changes, even large non-profits like the YMCA are taking a financial hit. Since revenue has drastically plummeted, these organizations are turning to federal grants and other sources to support themselves. These federal funds help in some ways, but they don’t always have enough of their own resources to support nonprofits fully.

Even after COVID19 is long gone, these groups will continue to suffer in face of the financial aftermath. For this reason, non-profit organizations (NPOs) are looking for new ways to fundraise. They are also looking to diversify their revenue streams to be better prepared for the next global crisis. That’s where MyCutTV steps in.

“I’m excited to partner with MyCutTV fundraising for the University of Houston track and field team,” shared 9x Olympic Gold Medalist and 10x World Champion Carl Lewis. The University of Houston alumnus expressed that, “MyCutTV makes the process fast and easy for everyone. I look forward to an exciting long-term relationship.” As the full-time assistant coach of U of H’s track and field department, Lewis is all too familiar with the fundraising challenges the school faces and is keen to explore creative solutions like the one provided by MyCut. 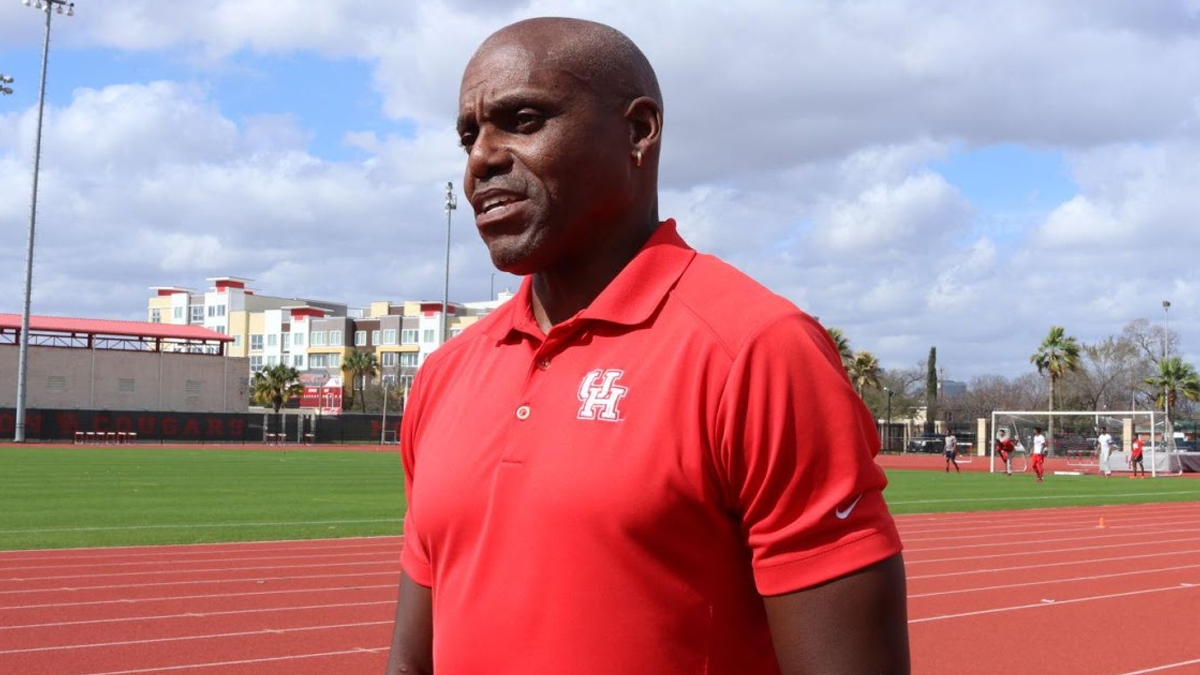 Carl Lewis, U of H’s assistant coach for the track and field department

Founded by Indi Wijay, MyCutTV is a new platform that helps content creators receive monetary compensation for their work. Indi and his team are providing a revenue solution for influencers that allows them to get paid for their content and share it with their fans directly. Within months of its launch, it has already become a hit.

Their mobile app removes the interruption of traditional digital advertising and complicated social media algorithms. Content creators can make high quality videos that their followers can view for a fee as low as $0.99 OnDemand. By doing so, their followers have a better viewing experience and the influencers are directly financially compensated for their work. Win-win for all.

Fundraising That Fans Will Actually Notice

Although the app’s user base is primarily influencers, its innovative platform has been noticed by universities and NPOs as well. For those who want to be more creative with their revenue streams, MyCut is offering a perfect solution.

Many charities are seeking out new ways to combat obstacles such as Donor Fatigue, the phenomenon where people stop donating even though they have in the past. MyCut will help them reduce this by showing users valuable content that keeps them in the loop.

Take Facebook as an example. When you post content on the platform, only 10% of fans will actually see it. That’s right. Unless you’re willing to pay to boost posts or pay for an advertising campaign, most of the people in your community won’t even see it.

MyCut has a simple algorithm that puts content front and center. Other social media sites and programs are prone to issues, including algorithm racism, but that won’t be a problem in this case. With their app, the barriers that other networking sites put up are gone. Content can be targeted towards the desired audience free from limiting obstacles.

Payments Made Easier than Ever

Another benefit of using MyCut is the simple payment system. While 67% of NGOs accept online payments, only 6% accept mobile wallet payments. The hassle of filling out credit card information or having sensitive data kept on file is eliminated.

With MyCutTV, users don’t need to sign up with a credit card. They can pay in the app itself through their app store on Apple or Google Play. This provides added security and a faster checkout time. Supporting the positive impacts of non-profits around the world is as simple as tapping your phone screen.

The Best Source of Micro-funding

MyCut is clearly about to create a shift in the industry of micro-funding. Charities and non-profit organizations will be able to provide value to their community members instead of having to repeatedly ask for donations. Let’s face it, we’ve all ignored requests from Wikipedia to donate to their website because we don’t see an immediate value from it.

Now, you can ask for payment for your content before people even see it. Many influencers have already jumped on the platform to increase their side hustle income, with many more following suit.

Other websites set minimums requirements for a payout and charge exorbitant fees. With MyCut, you can take out earnings as low as $10. In the coming months, we can imagine a lot of creators and non-profits alike will be moving from websites like Patreon or GoFundMe to MyCut to keep more of the money they’ve worked for.

What’s the Future of MyCutTV?

Right now, Indi and his team are successfully expanding MyCut’s use to appeal to nonprofits and universities alike. As the company continues to grow, not only do they want to make micro-funding easier, they also want to allow for larger donations. Through this, Indi is bridging the gap between charities and philanthropists looking to donate to valuable causes that also add value.

“At some point, we will be able to create a way for someone to choose the amount they want to donate,” Indi says, “If you want to give $100K, you can.”

For NPOs, this kind of funding can be game-changing. Many of them run on tight budgets and stretch every penny they have to further their initiatives. Apps like this can help get the ball rolling for charities that desperately need support. Many mainstream charities are getting richer and don’t actually need the donations they ask for, but smaller ones still need help to turn their visions into realities.

In the next several weeks, MyCutTV will be partnering with the University of Houston, creating a fundraising funnel for the school’s athletic department. This marks the beginning of how their collaborative efforts will bring more funding to smaller programs requiring attention. With over 100,000 alumni from U of H alone, they are sure to grow as more people join to support their alma mater.

To donate to the University of Houston Track and Field Department:

As the pandemic continues, charities and NPOs need to find alternative funding methods. MyCutTV is offering the solution. The coming years are sure to see MyCutTV grow into a global phenomenon.