The Impact of COVID-19 on Australian Financial Habits

Over a quarter of Australians believe their finances have nosedived since the second-wave, government-mandated lockdowns were implemented which has led to interesting changes in spending and borrowing habits across the country. 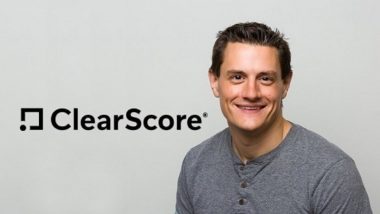 Over a quarter of Australians believe their finances have nosedived since the second-wave, government-mandated lockdowns were implemented which has led to interesting changes in spending and borrowing habits across the country.

Over a quarter of Australians believe their finances have gotten worse during the latest Covid-19 related lockdowns which is leading to palpable shifts in spending habits, preferred payment methods and credit scores. As Sydney approaches its 100th consecutive day in lockdown, and Melbourne closes in on the staggering number of 250 days, ClearScore has analysed credit scores and data reports of over half a million users to identify financial trends stemming from the unprecedented economic downturn and seismic shifts in work and lifestyle paradigms due to extended government lockdowns.

NSW has been hit particularly hard, with 34% of residents stating their income has been negatively impacted by the extended lockdowns, while also seeing the lowest increase of credit scores amongst its neighbouring states of Victoria, South Australia, Western Australia and Queensland.

The current 12 NSW Local Government Areas of concern reported the lowest credit scores and income, while also having been subjected to strictest lockdowns. However, data suggests that those in the lowest credit score bracket have also reported the biggest improvement over the last 12 months, with average scores rising by over 100 points. Reasons for this include the implementation of  government relief measures such as JobKeeper, a 15% decline in credit enquiries (suggesting a dynamic trend away from credit), as well as an increase in cautious spending habits.

The Australian market has also seen an explosion in online shopping and the use of Buy Now Pay Later (BNPL) options, with over half of ClearScore users owning a BNPL account. In fact, the market is trending towards multiple accounts due to different shops using different providers, with 60% of ClearScore users subscribed to more than one BNPL, 30% linked to at least three and 12% having four or more.

Afterpay continues to be the BNPL market-leader, with 80% of survey respondents owning an account, while 49% used Zip, 22% used Humm, 20% used Openpay, and 15% used Latitude Pay.

Open Banking is Evolving, but Australians are in the Dark.

Open Banking will allow Australians to easily share their financial data with trusted third-parties, giving them easy access to a wide range of better-suited banking products and the freedom to switch banks with no hassle. However, while it is an exciting prospect, only 12% of respondents of a recent survey knew what Open Banking was, which indicates that most Australians are not cognizant of the innovative new banking practice.

Managing Director of ClearScore Australia Stephen Smyth believes that the consumer demand will increase once regulation is better defined and the security and convenience of Open Banking becomes undeniable to Australian customers.

“Open Banking is still evolving in Australia” said Smyth. “It will be deemed a success when a consumer can transfer their data securely with minimum hassle in 1-2 seconds..”

About ClearScore - is a business dedicated to helping our users improve their financial wellbeing. We are now the #1 way to access your financial data, including credit report and score, and Open Banking data. We are a financial marketplace working with most financial institutions in each of our markets. We operate in the UK, South Africa and Australia and have over 12 million users and 200 amazing people in our team.