The Rise in Competition Of Social Media Stars

Gone are the times when people required a unique talent or skill to be known by the world. Today, popularity is measured by the number of views one's video has and the number of followers they have on their social media accounts. 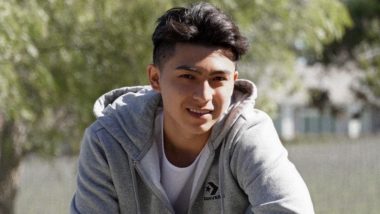 Recently, social media has seen a rapid and dramatic increase in the competition of social media stars. The craze to become famous at a young age, by knowing no specific skills, has been rising among teens worldwide. Social media platforms have opened the gateways of fame and popularity for everyone. Gone are the times when people required a unique talent or skill to be known by the world. Today, popularity is measured by the number of views one's video has and the number of followers they have on their social media accounts.

Born and brought up in San Luis Obispo in California, a state in the USA, to Maria Teresa Diaz and Leandro Diaz Perez, Carlos thinks of himself as a responsible social media influencer. Currently, there are 3.5 billion active social media users out of much majority who are under eighteen. The content consumption of these young individuals impacts their behavior and, eventually, their attitudes. In recent times the content that is gaining popularity does not add value to lives and is merely a wastage of time.

Carlos Diaz understands that creating senseless and baseless videos and the content will not only affect his identity but will also tarnish the image of social media on the whole. He entered the world of social media through TikTok in 2019, when it was at its peak. As a newbie, Carlos could have easily chosen to create cringe content or videos that were only made to gain views, but he did not. Being an intelligent person, Carlos did not dive blindly into creating videos. He studied the tactics and methods to become famous in less time and played smartly. He used his looks as bait and began creating videos that helped him quickly gain views and followers.

It was an uphill journey from there. The most viewed video on his TikTok account has almost 20 million views. Carlos says, "When I first bought my brand-new Range Rover, I came home and stepped out and immediately got an idea for a video. Something told me to look back at my car, and that was when the song 'Never be the same' by Camila Cabello started to play in my head. It gave me an idea to record my car using that audio." It was this video that gave him his first break as a TikTok star. Currently, he has more than 250,000 followers on TikTok.

The rising social media star believes in creating content that does not negatively influence the youth. Being a Gen-Zer, he clearly understands the difference between good and bad content. He has seen influencers post and promotes things they would not use themselves. For him being social media star adds responsibility to one's shoulders to guide the masses to do right. He says, "I feel that a lot of influencers nowadays just promote products they do not even care about, and that is just not me. If I am going to promote and use a product in a video of mine, it is because I personally use and think that product can be useful. I would never want to promote something that I do not find interesting or useful."

Carlos has learned the art of managing studies and his social media accounts pretty well. Although this comes naturally to all kids of this generation, there a few who have difficulty drawing a line. Through his short videos, Carlos tries to lead by example by promoting fun and studies simultaneously. The young star is currently transferring to California University to complete his bachelor's degree. He aims to become an attorney as he has always found law and the criminal justice system interesting.

Today, Carlos continues to grow all of his social media accounts that are handled solely by him. He is greatly inspired by Camila Cabello's music writing style and wishes to step into the music industry at some point. As a rising star, Carlos avails all the opportunity knocks but moderately. He ensures that the quality of his content is never compromised so that he can lead by example.