Travel Tip of the Week: From Noodles as Prasad in Chinese Kali Temple to Worshiping Rats at Karni Mata, Know About 5 Weirdest Shrines in India 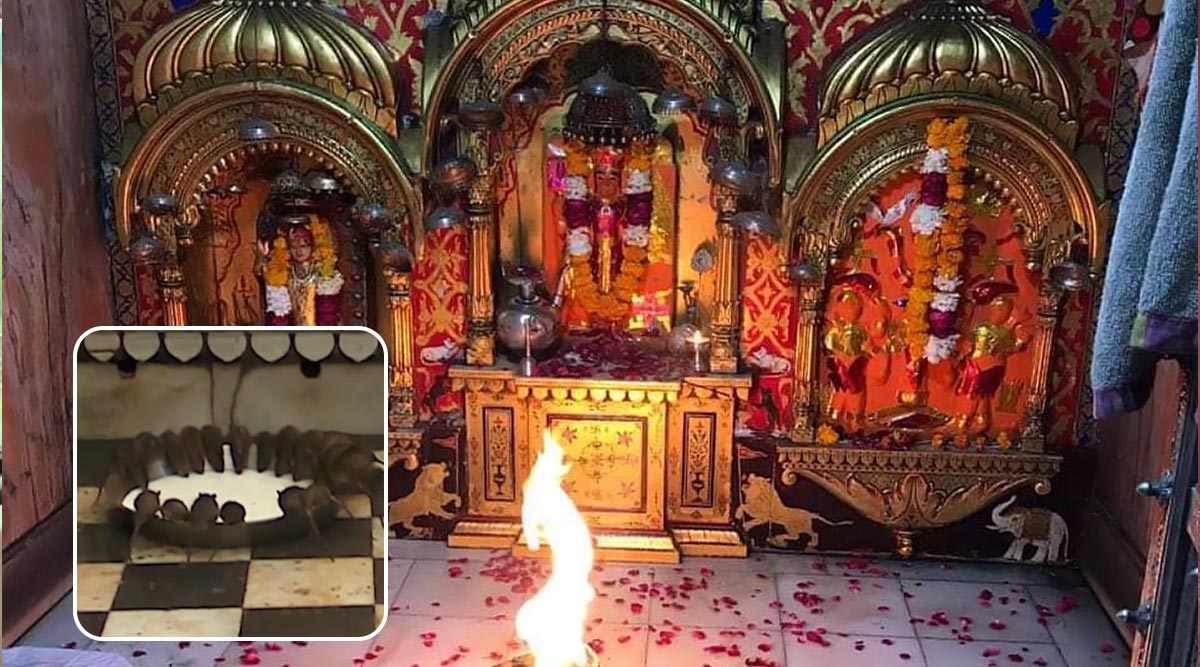 India is known all over the world for its diversity in multilingualism and the presence of different religions coexisting together. And each religion, has its set of beliefs in worshipping the supreme. If you have read more about the Indian Gods, then apparently there are 33 crore deities that people offer their prayers to! And for a culture that believes in the presence of so many Gods and Goddess together, there are some of the strangest shrines in this country. In this week's travel tip, we look at some of the weirdest temples in India. From worshipping rats to temples that favour in getting visas or be it offering noodles as prasad, here are some of the strangest temples in the country, that even an atheist should visit once. Travel Tip of the Week: Travelling With Kids? Some Ways to Make The Best of Your Family Vacation.

In Kolkata's Tangri Chinatown, one can see the best of cultural assimilation between India and China. In the Chinese Kali temple, there are noodles and chop suey as prasad! The residents of the Tangra region look after this temple and the Kali Puja is one of the most exciting times here. The 60-year-old temple is like ordinary Kali goddess temple, but it is the cultural amalgamation that stands out.

About 30 kms from Bikaner, in a little town called Deshnok is the Karni Mata Temple, where more than ten thousand rats are scurrying around. But people are not scared, in fact, these rats are worshipped and people offer them food and prasad. It is believed, rats are the reincarnated family members of Karni Mata. White mice here are revered even more because they are considered to be Karni Mata and her sons.

We often pray to god for success and prosperity, but if you have an unfulfilled wish to embark on a foreign trip, then Aeroplane Gurudwara is said to fulfil your calling. The Shaheed Baba Nihal Singh is located in Talhan village of Jalandhar and one of the intriguing practices here is people offer toy aeroplanes at this shrine. Praying here is said to clear visas! So take a trip here, before you plan a trip abroad. Travel Tip of The Week: From Visa Balaji to Visa Hanuman, These Temples Are Known to Fulfill Dreams to Travel Abroad.

This is a disappearing temple and no, it has nothing supernatural to it but the very natural phenomenon of tidal waves. This temple of Lord Shiva in Gujarat vanishes and reappears every day! Located between the shores of Arabian sea and bay of Cambay, this temple submerges during the hide tide and reappears as the tides go low. It is an amazing spectacle and thus known as the Disappearing Shiva Temple of India. Know About 12 Jyotirlingas and How to Visit These Sacred Shiva Temples Located in India.

If riding is your passion, then every biker has to pay their respects to Bullet baba in Jodhpur. Also known as the Om Banna Temple is located in the Pali region of Jodhpur. The motorbike, a Royal Enfield Bullet, belongs to Om Singh Rathore who died in a crash after colliding with a tree. The police took the bike to the station but on the next morning, it was mysteriously found at the same spot. It is now believed that the spirit of Om Banna resides in the bike and thus locals built a small shrine around it. And needless to say, it is a famous spot among the bikers.

Amazing right? Even among the 33 crore deities in India, we have some of the strangest shrines which respect rats to a motorbike. That in itself is the beauty of this country, which has some rituals that may be bizarre but are of course, interesting for every explorer. So not every visit to a temple has to do with religious offering or a devotional angle, but these temples in India can even attract an atheist.