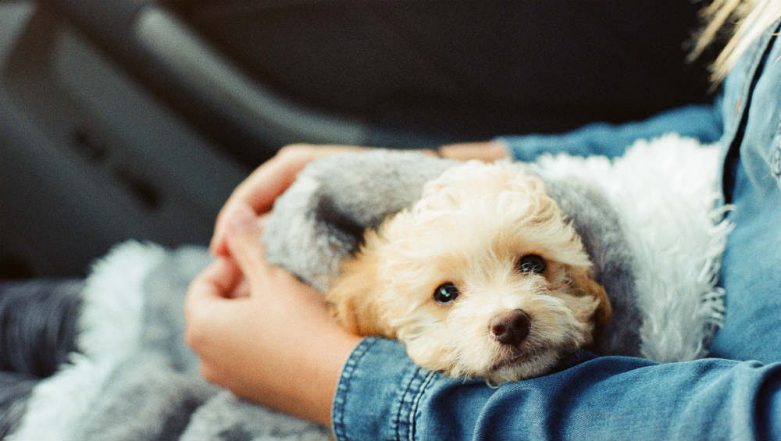 Washington D.C , May 17: Researchers have claimed that the genetic makeup of an individual influences his/her decision to own a dog. While many people love and domesticate dogs, a section of society prefers to love them from afar and the others stay away from canines in general. The answer to this difference in approach towards owning a dog lies in the genetic make-up of people. The study suggested that genetic variation explains more than half of the variation in dog ownership, implying that the choice of getting a dog is heavily influenced by an individual's genetic make-up. Pet Dog Wakes Up Families in Time to Save Them From Devastating Fire, Dies in Cylinder Blast.

A team of Swedish and British scientists studied the heritability of dog ownership using information from 35,035 twin pairs from the Swedish Twin Registry. Dogs were among the first animals to be domesticated and have had a close relationship with humans for at least 15,000 years. Today, dogs are common pets in our society and are considered to increase the well-being and health of their owners.

"We were surprised to see that a person's genetic make-up appears to be a significant influence on whether they own a dog. As such, these findings have major implications in several different fields related to understanding dog-human interaction throughout history and in modern times," said Tove Fall, lead author of the study published in 'Scientific Reports', which compared the genetic make-up of twins with dog ownership.

"Although dogs and other pets are common household members across the globe, little is known how they impact our daily life and health. Perhaps some people have a higher innate propensity to care for a pet than others," Fall added. Carri Westgarth, a lecturer in Human-Animal interaction at the University of Liverpool and co-author of the study, said, "These findings are important as they suggest that supposed health benefits of owning a dog reported in some studies may be partly explained by different genetics of the people studied".

Studying twins is a well-known method for disentangling the influences of environment and genes on our biology and behaviour. Because identical twins share their entire genome, and non-identical twins on average share only half of the genetic variation, comparisons of the within-pair concordance of dog ownership between groups can reveal whether genetics play a role in owning a dog. Man Killed After Quarrel Over Pet Dog.

The researchers found concordance rates of dog ownership to be much larger in identical twins than in non-identical ones - supporting the view that genetics indeed plays a major role in the choice of owning a dog.

"These kinds of twin studies cannot tell us exactly which genes are involved, but at least demonstrate for the first time that genetics and environment play about equal roles in determining dog ownership," said Patrik Magnusson, senior author of the study."The next obvious step is to try to identify which genetic variants affect this choice and how they relate to personality traits and other factors such as allergy," Magnusson added. (ANI)