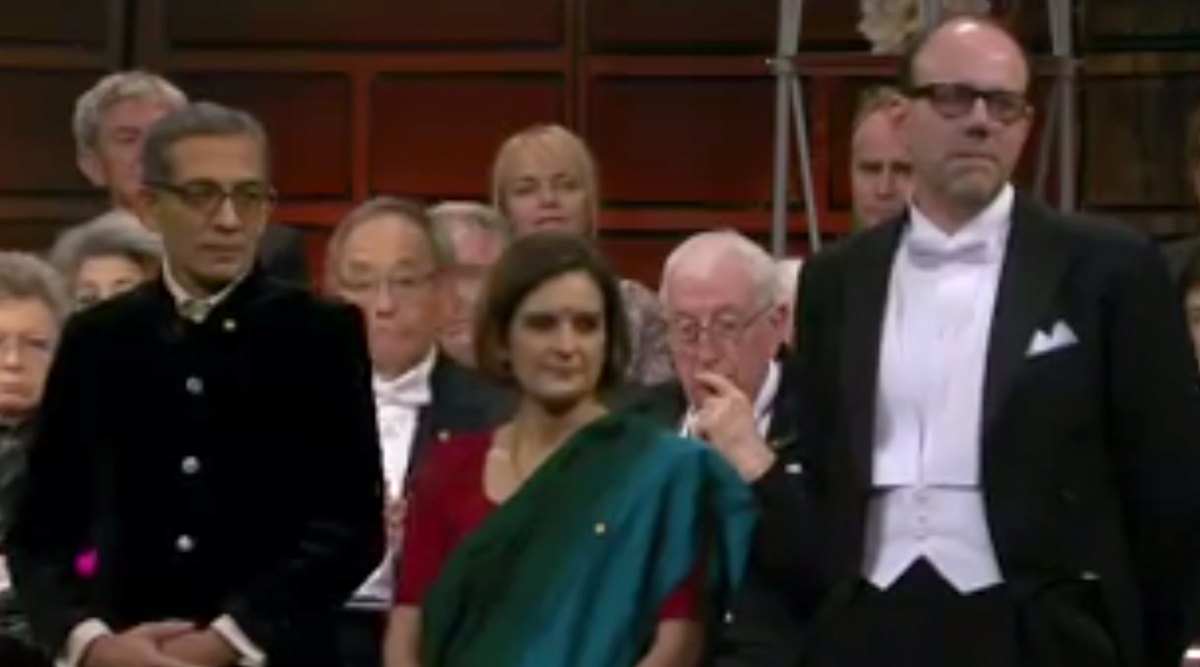 Economist Abhijit Banerjee, his wife Esther Duflo were awarded the Nobel Memorial Prize in Economic Sciences for 2019 in October. And to receive this coveted award the couple chose traditional Indian attires. Abhijit Banerjee wore a kurta with a white-gold bordered dhoti and Duflo chose an Indian saree for the event which was held at the Stockholm Concert Hall yesterday. Video of them receiving the Nobel Prize have been shared on social media and people are impressed. Abhijit Banerjee And Wife Esther Duflo Bag Nobel Prize in Economics: List of Married Couples Who Won The Nobel.

In the month of October, Abhijit Banerjee and his wife Esther Duflo along with their colleague Michael Kremer received the 2019 Nobel Prize in Economic Sciences. They were recognised for their work to alleviate global poverty that has helped millions of children around the world. The economist couple decided to go traditional while receiving the awards. In a Bandhgala jacket paired with a dhoti, Abhijit Banerjee came to the stage. His economist wife Esther Duflo donned an Indian attire of a saree. She completed her look with a quintessential red bindi for the award ceremony. Meanwhile, their colleague Michael Kremer wore a black suit.

The research by the Laureate couple is said to have improved the fight of dealing with global poverty. Their new, experiment-based approach has transformed development economics in the last two decades. Banerjee becomes second Indian to receive Nobel Prize in Economics. In 1998, Amartya Sen was awarded the Nobel Prize "for his contributions to welfare economics". His wife Duflo has become only the second woman to win the prize for economics. The couple has decided to donate the prize money to the Weiss Fund for further research in the developing economies. (With ANI Inputs)