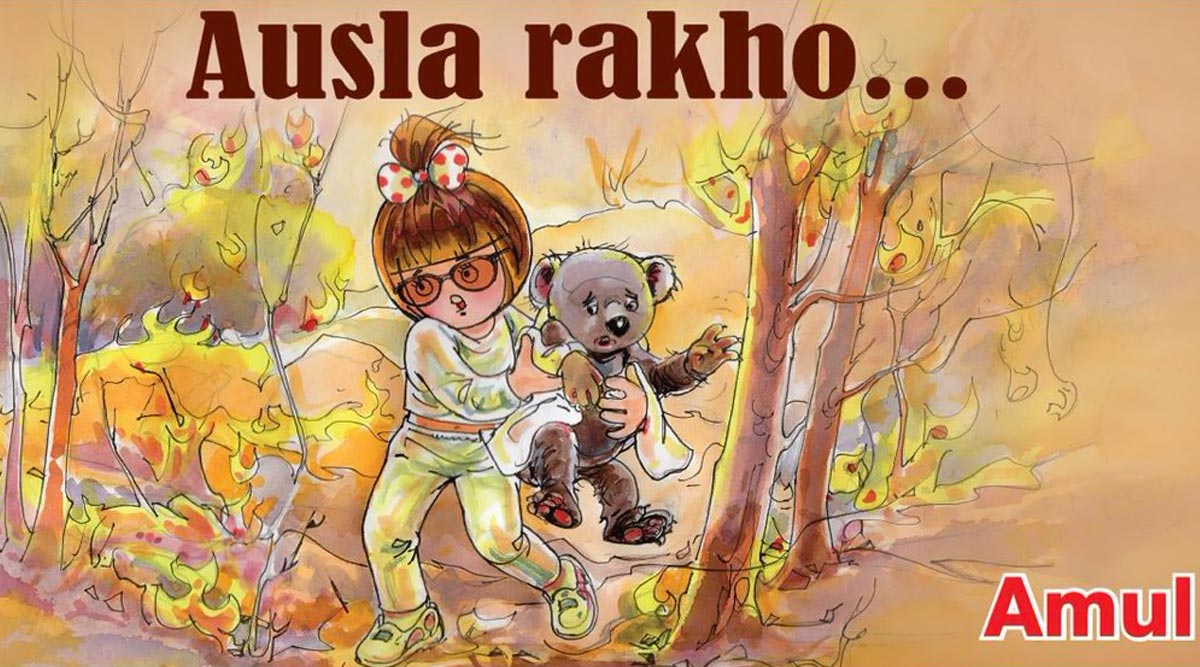 Australia bushfire is the worst thing that has happened to the continent in the longest time. Huge loss of flora and fauna and human lives and property took away so much from Mother Earth. The statistics coming in from Australia are sending chills down the spine. Amid all this, people from around the world are showing support to the Australia bushfire victims and firefighters in different ways. Right Shane Warne auctioning is the signature green baggy cap for raising funds to Kaylen Ward aka The Naked Philanthropist selling her nudes to make money for the fires. There is no one way, people are trying their best to help Australia. Know Kaylen Ward, The Naked Philanthropist (@lilearthangelk) Who Sent XXX Nude Photos in Exchange of Funds for Australia Bushfire.

#Amul Topical: In support of the people of Australia... pic.twitter.com/3gGP6UnYkr

New South Wales (NSW) officials reportedly said fires claimed about 1,588 homes and damaged 653 more. The Insurance Council of Australia estimated the damage bill had reached A$700m (£370m; $485m), but said it expected the cost to rise significantly, as per reports by BBC. Firefighters have turned out to be the real heroes in this situation. They have been working relentlessly putting their lives at stake.