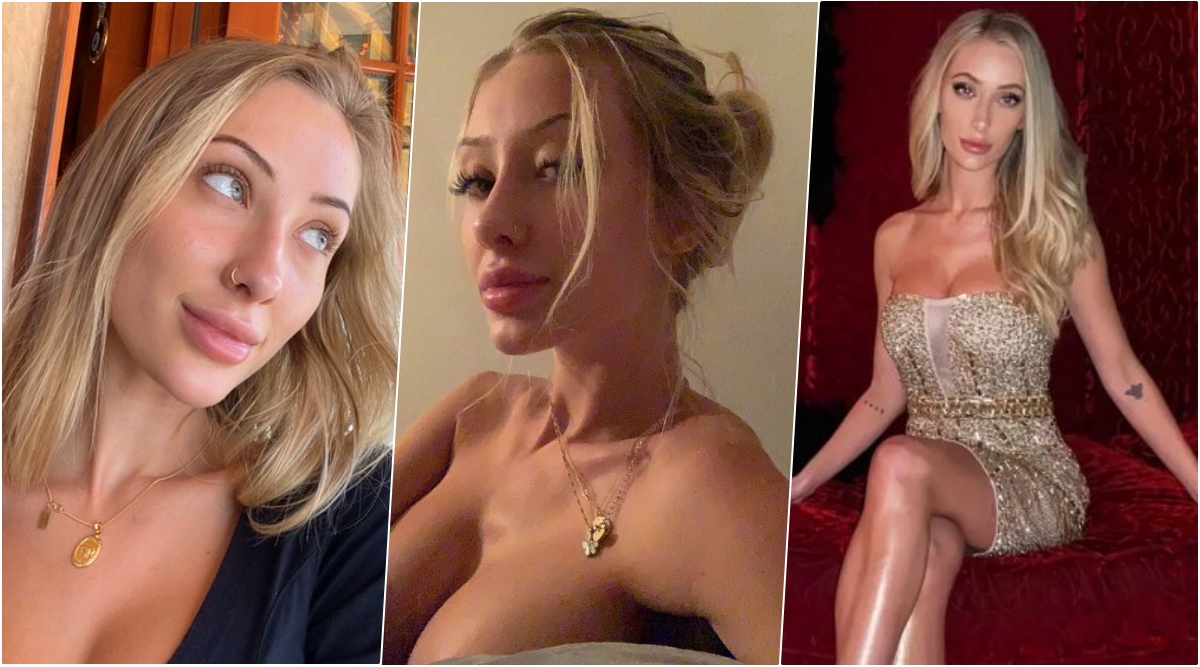 Kaylen Ward aka The Naked Philanthropist has taken the social media by storm. All of 20, the American model is breathing fire on Twitter (her handle is @lilearthangelk) as well as Instagram, till obviously she got banned from it. Now, it has been a roller-coaster ride for this Instagram model who has been in the news for trading XXX nudes to raise funds for Australia bushfire victims. She came, she conquered (raised around a million dollars) and she (of course, Instagram accounts) was deactivated. But all of this shot her to fame with search engine platforms getting flooded with keywords like Kaylen Ward, Kaylen Ward nude photos, Kaylen Ward Twitter, Kaylen Ward official Instagram account, Kaylen Ward X-rated videos, Kaylen Ward naked photos, and more.

Not all superheroes wear a cape, some get undressed and send nudes. Kaylen Ward is one of its kind who shed clothes for a cause very close to her heart. The girl could not bear the plight of victims of continuous Australia wildfires. Kaylen traded her X-rated nudes to raise money for all those affected in the destructive fires. For every explicit nude, the girl took $10. This is what Kaylen's tweet read, "I'm sending I'm sending nudes to every person who donates atleast $10 to any one of these fundraisers for the wildfires in Australia. Every $10 you donate = one nude picture from me to your DM. You must send me confirmation that you donated. Please RT #AustraliaOnFire #AustraliaFires. [sic]" It proved to be such a hit idea that Kaylen raised as much as $100,000. Sadly, Instagram was not as kind as Kaylen.

Kaylen Ward's Tweet To Raise Funds in Exchange For Her Nudes

Instagram deactivated Kaylen's Instagram accounts. As soon as her accounts were taken off the platform, the blonde took to Twitter to highlight this said action. She writes in a now-deleted tweet, "My IG got deactivated, my family disowned me, and the guy I like won't talk to all because of that tweet but f*** it, save the koalas. [sic]" She also informed about the total sum, by writing, "We have hit and estimated $500k...... guys I am crying.... this is f***ing crazy. [sic]"

Kaylen did go on a rant of sorts on Twitter, explaining her generosity to trolls who accused her of using the money. In one of her many tweets, she writes, "For everyone saying I only did this to promote my only fans... y'all are insane. I raised over a million dollars, offered my product (my nude photos) for FREE and spent money and time sending that free product to thousands upon thousands upon thousands of people. [sic]"

Another Pic of Kaylen Ward

my side profile holds so much power pic.twitter.com/iY6H71IidL

Reply to this with a selfie and I will guess your sun sign pic.twitter.com/J1ZVcbf7M2

She seemed pretty upset with online bullies as it is evident from her Jan 6 tweet, which reads, "Just saying y'all bully and harass people on social media but y'all advocate for suicide prevention and shit. Y'all wonder why so many people kill themselves yet you make the internet unbearable for them. You guys have made the internet such a dark place for me. [sic]" Well, Kaylen has tweeted several times after this, and she seems to have found her mental peace and voice, and she is not shying away from using it.