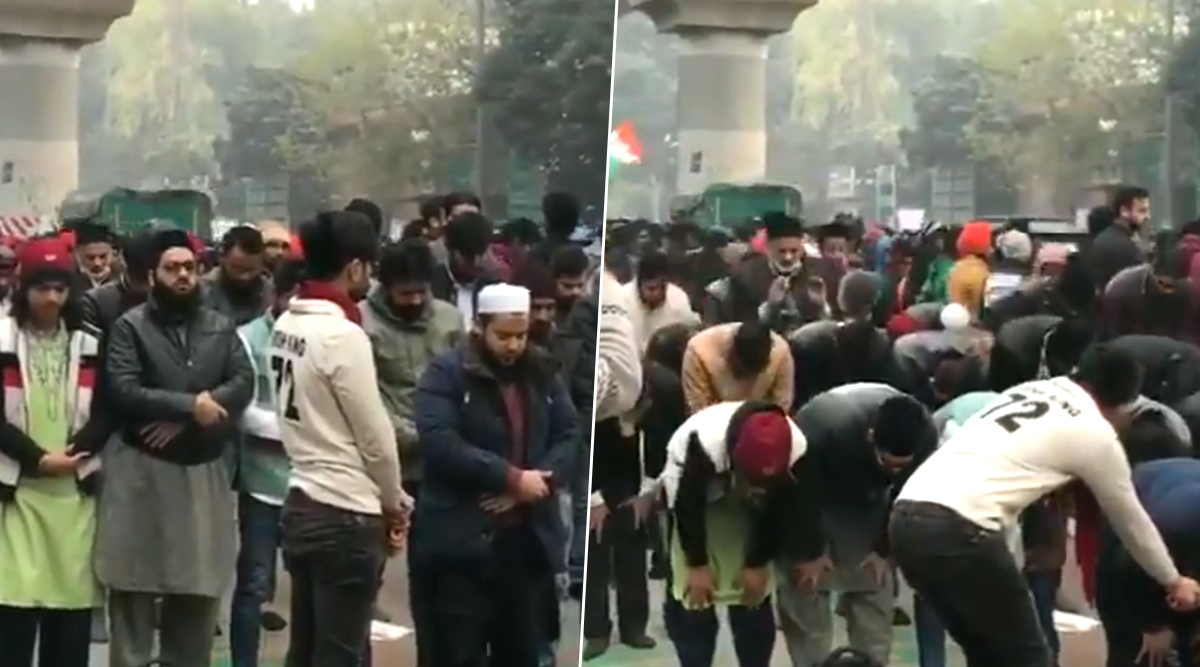 New Delhi, December 19: Amid ongoing protests against Citizenship Amendment Act (CAA), students and other people of Muslim community offered Namaz outside the gates of Jamia Millia Islamia University in Delhi. In a heartwarming gesture, people of other communities formed a human chain around Muslims to protect them when they were offering prayers. The video of the incident has surfaced on social media. Ajay Maken's Son, Daughter and Wife Detained by Delhi Police During 'Live Interview' With Journalist Amid Anti-CAA Protests.

#WATCH Delhi: Students and other people of Muslim community offered Namaz outside the gates of Jamia Millia Islamia university. Members of other faiths formed a human chain around them. pic.twitter.com/FEPZOqI1MX

Earlier in the day, section 144 was imposed in various parts of Delhi including Red Fort. Along with protesters, various opposition leaders were also detained by Delhi Police. Telecom operators also shut down their services in the national capital. The police also blocked entry and exit gates of Red Fort. Prominent personalities who were detained by police include historian Ramachandra Guha. He was detained by the Bengaluru Police from town hall area of the city.

The Citizenship Amendment Bill, 2019 was passed by parliament last week during its winter session. The CAA provides Indian nationality to Hindu, Christian, Sikh, Parsi, Jain and Buddhist refugees, except for Muslims. After the passage of the bill, widespread protests erupted across the country.