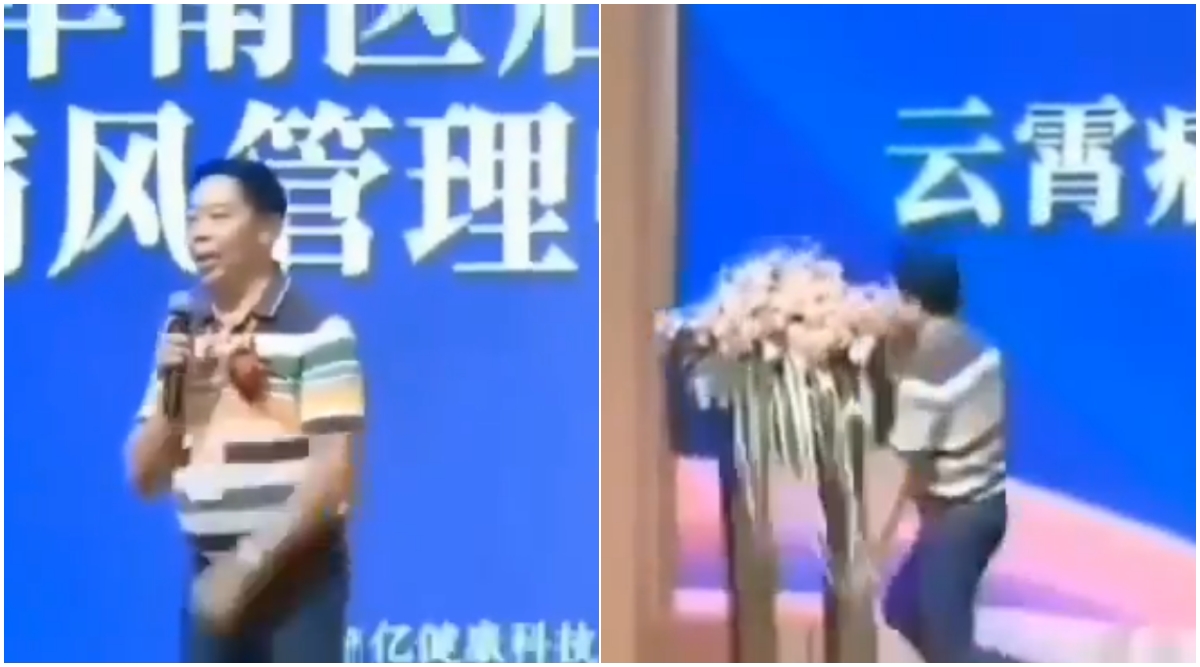 What they say about life being unpredictable is really very true. A CEO of health company from China, Guangdong Zhongyi Health Technology Co was delivering a speech on healthy living when he suffered a heart attack and passed away! Chen Pei Wen faltered on stage and before anyone could help, he died. What's ironic is, he was speaking about longevity, when his life, unfortunately, cut short. A video of him falling on stage has surfaced on social media. 'Dead’ Mumbai Man Shocked to Find News of Own Death on Whatsapp, Family Flooded With Condolence Messages.

The incident took place on 17 November 2019 but has come up on social media now, after a video of him falling on the stage surfaced online. It is revealed that he died due to myocardial infarction. His sudden death has sparked diverse reactions on the internet, about the quality of health. Chen Pei Wen who was the CEO of a health company was also said to be an expert in the field. Mumbai Businessman Jumps On Stage To Dance, Suffers Heart Attack And Dies in Agra.

You can see him walking slowly towards the podium and he suddenly falls down. He suffered from a heart condition which took his life. As per reports in Sinchew Daily, his colleagues revealed that he had a heart bypass operation 20 years ago. And even on the day of the speech, he was supposed to go to the hospital later on.

Meanwhile, the irony of the situation of him losing his life while speaking about a long life has become a target from netizens. Some spoke about the quality of health products available in the market. But someone also teased that "the chairman has dedicated his life to the health care products business." Oops!