Elderly Man Pushed by Woman Off a Bus in LA When He Asked Her to 'Be Nicer,' Dies! (Watch Shocking Video) 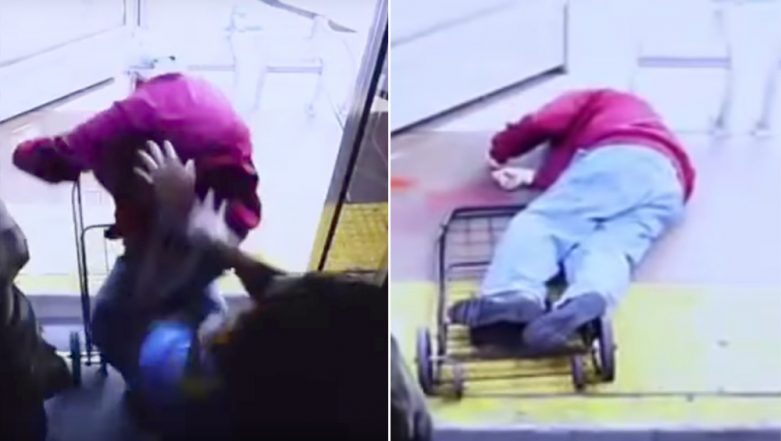 A woman travelling in a bus in Las Vegas pushed off a 75-year-old man after he asked her to 'be nicer.' After nearly a month of the shocking incident, the elderly man has lost his life and the woman has been charged with murder. 25-year-old Cadesha Bishop was arrested after a video of the shocking behaviour was released online. Serge Fournier survived the fall but he has died because of the injuries. Jordanian Man Kills Son by Pushing the 1-YO's Pram into Sea, Was Mad at Wife Who Made Him Babysit.

The incident took place in March when Fournier and Bishop were riding on the same bus. When the bus came to a stop to allow passengers to get down, the two got into some sort of verbal argument. As some witnesses were quoted to Las Vegas Review-Journal, Ms Bishop was shouting profanities at other passengers when the old man interrupted and asked her to be nicer. As Fournier turned his back and ready to get down, she pushed him and he fell onto the sidewalk. He fell onto the metal cart he was carrying with him. He started bleeding from the right side of his head. The girl seemed unfazed by her behaviour and walked away without offering any help.

Watch Video of Girl Pushing Elderly Man off a Bus in Las Vegas:

When the police came to the scene, he refused to take any medical treatment. But he lost his life due to the injuries he sustained here. As per the report in CNN, the Clark County Coroner-Medical Examiner said he died as a result of complications from blunt force injuries to his torso. They have ruled Fournier's death a homicide. The police have held Bishop on $100,000 bail.