Picture showing Pele visiting late Diego Maradona's grave to pay his final respect went viral on social media. The image was widely circulated on the internet and received applause from many users with some also calling the 'ultimate tribute to Maradona.' The Argentina great sadly passed away at the age of 60 on November 25 after a cardiac arrest. 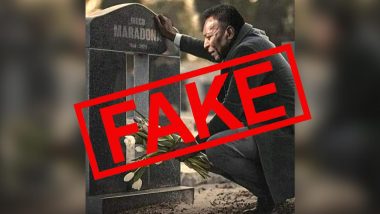 Football great Diego Maradona sadly passed away on November 25 (Wednesday) after suffering a serious cardiac arrest while recovering from brain surgery in his home. Tributes poured in from all over the world as fans, football clubs, Maradona’s contemporaries and players of past and present paid their respects and tributes to the great man for inspiring and entertaining them for years. Pele, one of Maradona’s greatest rival, also paid his tribute and mourned the loss of perhaps football’s greatest ever magician. Now a picture of Pele visiting Maradona’s grave and bowing down to him is doing rounds on social media. Pele vs Diego Maradona: A Rivalry that Found Peace in Bitterness.

The picture viral on the internet show Pele visiting Maradona’s grave with a bouquet of flowers and paying his respects to the Argentina great. In the picture, Pele is a little emotional as he grieves the loss of a dear friend. The image went viral on the internet and very soon many, including singer Adnan Sami and ex-India cricketer Bishan Singh Bedi, shared the image and called it the ‘ultimate farewell’ from one great footballer to another. Diego Maradona & Lionel Messi: Two Symbolic Extremes of a Football Superstar.

Now the picture is actually photoshopped. Maradona was buried on Thursday after fans paid their respects to him and although Pele would certainly like to visit the grave of his dear friend and pay his respects, the person in the picture isn’t actually him. Pele’s face has been morphed into the image of another middle-aged man. The original picture shows a man mourning the loss of someone and paying his respects. The original image is also available on iStock with the captain: "They were her favourite flowers stock photo."

Here is the Actual Original Image 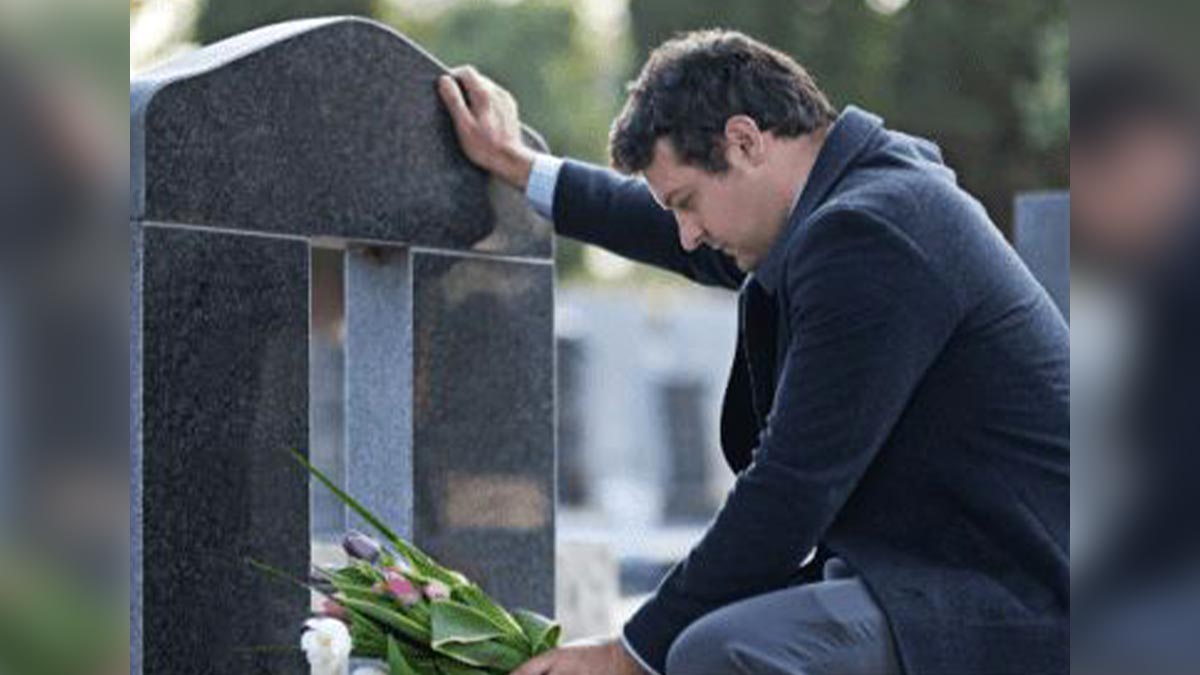 Pele did pay his tribute to Maradona and wrote a heartfelt message on social media. “What sad news. I lost a great friend and the world lost a legend. There is still much to be said, but for now, may God give strength to family members,” wrote the Brazilian football legend. “One day, I hope we can play ball together in the sky.”

Maradona, meanwhile, was laid to rest in Buenos Aires in a private ceremony a day after his untimely demise. He was buried at the Jardin Bella Vista cemetery next to the graves of his parents, Dalma and Diego. Fans in Argentina had gathered in scores to pay their final respects to the great man who sadly passed away at the age of 60.

No, Pele did not visit Diego Maradona's grave to pay his tributes

(The above story first appeared on LatestLY on Nov 28, 2020 04:14 PM IST. For more news and updates on politics, world, sports, entertainment and lifestyle, log on to our website latestly.com).