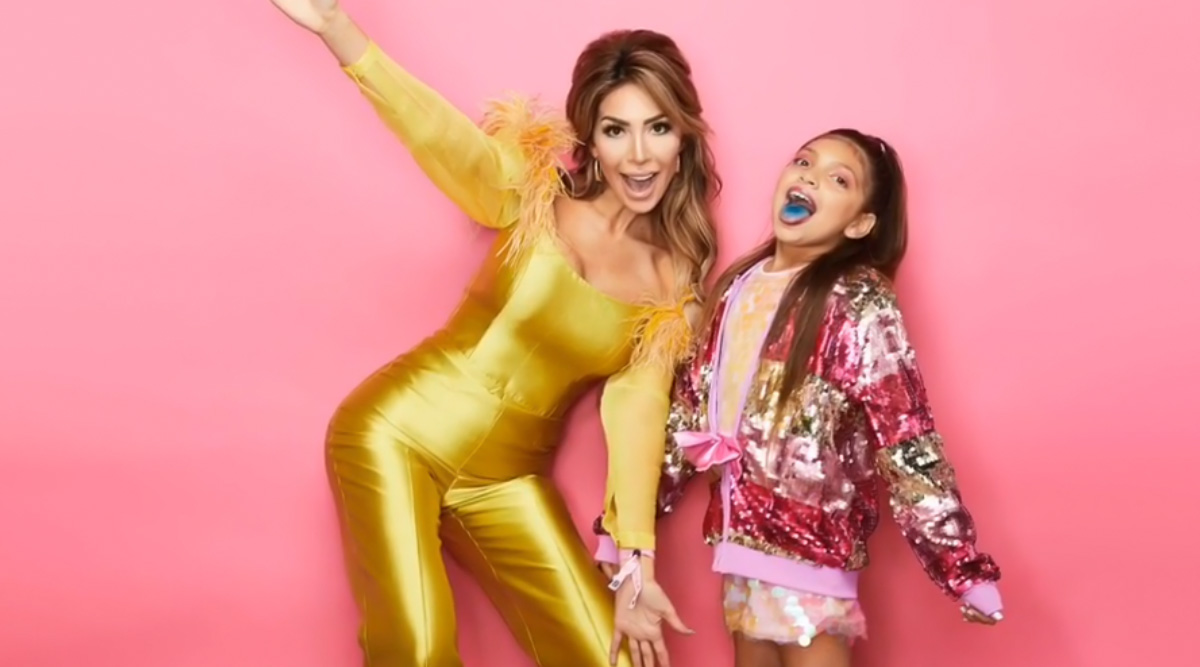 Former Teen Mom star, Farrah Abraham has to undergo brutal trolling from people on Instagram after she posted a video that the netizens thought was "inappropriate". But Abraham is no mood to give a damn about what others think about her. Many of her followers criticised her for dancing in a revealing, lacy red bikini, in front, of her daughter. In one of the videos posted by her, she can be seen twirling in a barely-there bikini, and ever since the clip has gone live, she has been receiving all kinds of negative comments about how she shouldn't have done something like that, in front of her 7-year-old daughter.

Soon after her followers immediately noticed that Abraham's daughter, Sophia, was in the boat too with her that day and the backlash began. Fans wrote made their concerns. One of them wrote: "Mom of the year right there!!! I feel so bad for Sophia…you seriously need help!!!" Another follower wrote, "Your 10 yr old watching behind the camera is the worst part." Somebody else wrote: "You do anything for money wow". However, Abraham won't let any of this troll affect her. Take a look at the video of Farrah Abraham dancing in a red racy bikini:

In an interview with TMZ, the reality star made it clear that she non of thi bothers her and that she is completely comfortable with herself. She said: "I have to say there is nothing wrong with a woman being, like, fully dressed in clothing - if that's a bikini set or whatever." She further said: "I feel like a lot of moms are sex shamed - which I have definitely have been in my life -and I think when I'm single, gorgeous, young and beautiful, I would almost regret looking back at my life not living a happy, outgoing life."