Roughly 3000 terns (Seabird) eggs were abandoned after a rogue-drone crashed on southern California nesting island and scared off thousands of birds, the New York Times reported this week. 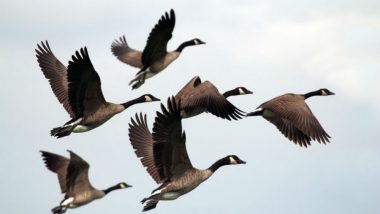 Roughly 3000 tern (Seabird) eggs were abandoned after a rogue drone crashed on southern California nesting island and scared off thousands of birds, the New York Times reported this week.

According to the NYT report, On May 13th, the terrified birds abandoned their nests, after one of the two drones flying illegally over the Bolsa Chica Ecological Reserve, a stretch of protected coastal wetlands in Southern California, crash-landed on the nesting island.

It's the time of the year when terns prepare for the eggs to hatch. However, this year there will no hatchlings instead the island is strewn with eggshells.

According to Environmental scientist and reserve manager Melissa Loebl,  in 20 years the island has not witnessed such a large scale abandonment by the terns. These birds are among 800 species of plants and animals that consider the reserves as habitat.

Loebl said that the pandemic drove hundreds of thousands of people into the island and this not only contributed to increased drome activity in the area but also saw a large number of dogs and cycles making rounds which is prohibited.

“It’s residents that sometimes feel entitled, that feel they should be able to use the land as they like,” Molsberry said.

“We’ve seen a significant increase in dogs, particularly off-leash,” Loebl added. “That’s devastating for wildlife and this is prime nesting season. The dogs chase the birds and the birds abandon their nests.”

The incident has spurred authorities to ramp up enforcement and cite people who break the rules. The tern is classified as a near-threatened species,

(The above story first appeared on LatestLY on Jun 05, 2021 11:02 AM IST. For more news and updates on politics, world, sports, entertainment and lifestyle, log on to our website latestly.com).