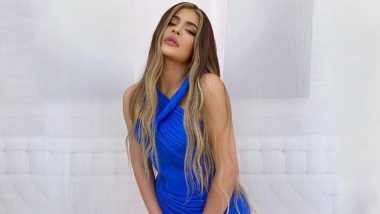 Cardi B and Megan Thee Stallion recently dropped a star-studded collab music video called WAP, and it has made fans go wild. When the duo announced the track on August 4, 2020, fans knew they were in for a treat, but no one could have guessed just how impactful it was going to be. Everything seemed perfect for fans except for one moment in the video that has received some major backlash. Midway through the WAP music video, Kylie struts down a hallway for a 20-second cameo and her brief appearance has caused a ton of reactions online. So much, that someone started a petition on change.org demanding to remover her from Cardi and Meg’s video. At the time of writing this, the petition has received more than 60K signatures.

Even though the video featured appearances from musicians like Rosalía, Normani and Sukihana, a large of fans was displeased by the inclusion of the youngest Jenner sister. Fans cited several reasons for why they were signing the petition, including that Kylie did not add much to the video or its concept. Many reasons also centred around her past history of culturally appropriating Black women and also her lack of support for Meg during the recent shooting involving her and Canadian rapper Tory Lanez. Kylie Jenner Slammed for ‘Kendall & Kylie’ Fashion Brand Not Paying Bangladeshi Factory Workers; 3 Other Times When the Youngest Jenner Sister Landed in Controversies.

It Has Received More Than 60K Signatures!

A petition to remove Kylie Jenner from Cardi B and Megan Thee Stallion’s #WAP music video has received over 60,000 signatures so far. pic.twitter.com/wdJuIGIDMK

I wanna say thank you to every woman that was apart of my video! The fact that you made time in your schedules means alot to me! It was so important to me to include different women,that are different races and come from different backgrounds but are so powerful and influential.

“The video was perfect until we saw K and I wanted to throw my phone,” the person who started the petition wrote on change.org. The petition, so far, has received more than 60K signatures and it is only increasing. Kyle has since been trending on Twitter, with fans slamming her and showing their displeasure of her inclusion in the video.

There is no word on whether this petition will actually lead to Kylie being removed from the video and the youngest Jenner sister is also yet to react on this recent criticism. WAP is the lead single of Cardi B’s second studio album, which reportedly is expected to be released later this year.

(The above story first appeared on LatestLY on Aug 10, 2020 09:05 AM IST. For more news and updates on politics, world, sports, entertainment and lifestyle, log on to our website latestly.com).