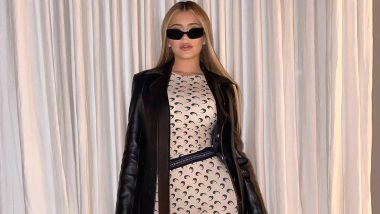 The Kardashian-Jenner family is quite popular, and had their fair ups and downs through the years. But youngest siblings ever since debuted in their respective careers. While Kylie Jenner has made quite a name with her iconic brand, Kylie Cosmetics which ranges from lip kits to skincare, Kendall Jenner has risen to become one of the world’s highest-paid models. However, their careers were no short of controversies. Recently, both the sisters were accused of not paying factory workers in Bangladesh. Reports named the brand’s owner and manufacturer as Global Brands Group (GBG) and that Kendall + Kylie were linked via a logo on GBG’s website. However, the sisters have denied the allegations. As once again, Kylie came in the light of the controversy, here we look at past instances, where the American media personality was called out. Kylie Jenner Launches Her Face Mask Range With Red Lips And Her Name Inscribed on it Amid COVID-19 Pandemic.

The Global Brand Group is in charge of the clothing lines of Kendall + Kylie clothing and accessories. Blogs like Diet Prada and non-profit organisations like Remake, called out the Jenner siblings for allegedly withholding pay from factory workers in Bangladesh. Critics were quick to question as to why they allegedly were not paying their workers during a pandemic. But the sisters’ brand’s Instagram account, later denied the allegations stating that the brand has workers with GBG in the past in a “sales and business capacity only, but we do not currently have any relationship at all with GBG.”

The Forbes cover controversy is undoubtedly the biggest we all have known so far. Kylie Jenner appeared on the cover of the August 2018 issue of Forbes. At the time, they estimated that she had a net worth of $900 million and she was on the verge of becoming the youngest ‘self-made,’ billionaire. It could even beat out Mark Zuckerberg, who became a billionaire at age 23. But publication’s use of the term ‘self-made’ sparked criticism with critics pointing out that Jenner was already born into fame and fortune. But in May 2020, Forbes released a statement accusing the 22-year-old of forging tax documents so she would appear as a billionaire. The publication went on accusing her of fabricating revenue figures for Kylie Cosmetics.

Time and again, Jenner has been accused of appropriating the African-American culture and style. In 2016, she was criticised for posting a photograph of herself wearing cornrows on Instagram. In March 2020 as well, the youngest Kardashian-Jenner faced backlash after she posted photos of herself wearing a hooded neon green leopard dress from Tom Ford, with her hair in loose curls. People called her out for appearing to have tanned skin and even attempting to resemble Beyoncé in the photos.

Yes, Kendall + Kylie clothing collection has faced criticism in the past too. In 2017, the Jenner sisters announced that they would be releasing a line of vintage T-shirts, calling it, ‘Rock vs Rap.’ The clothing collection would feature likenesses of various famous rock and rap artists, reportedly including, The Notorious B.I.G., Tupac Shakur, Metallica, Pink Floyd, The Doors, Ozzy Osbourne, and Led Zeppelin, with pictures of the Jenner sisters superimposed over them. The announcement of this line of products was met with swift backlash. They were also criticised on social media and were called ‘insensitive.’ Kendall Jenner Clarifies About Her Pic on Internet Holding Black Lives Matter Placard Is Photoshopped, Says ‘I Did Not Post This’.

There is no denying that the Kardashian-Jenner clan hold some serious power, but they often appear in the headlines in line of controversies. As of the latest debate related to GBG is concerned, Kylie + Kendall had denied the allegations, and the sisters are yet to make any official comment.

(The above story first appeared on LatestLY on Jul 10, 2020 04:53 PM IST. For more news and updates on politics, world, sports, entertainment and lifestyle, log on to our website latestly.com).