Marvel India Joins 'I Looked At You, You Looked At Me' Meme-Fest With an Avengers Twist and All We Can Say is Poor Jarvis! (See Pic) 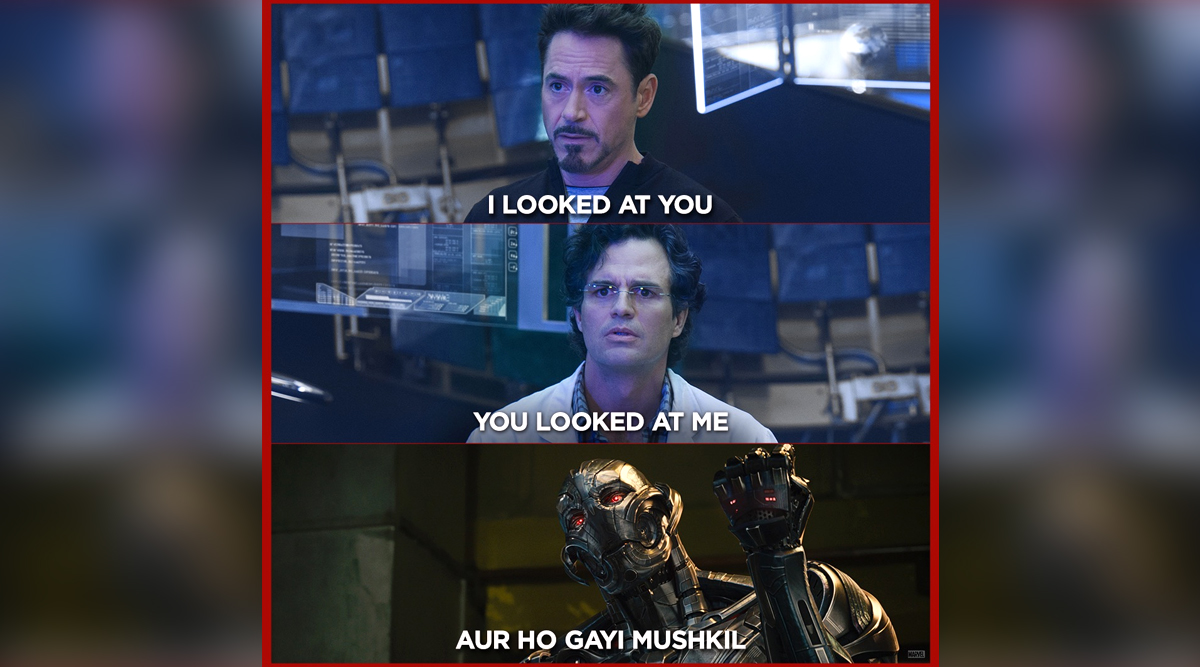 If you're a regular social media user then you have probably come across several memes with the "Dus Bahane" lyrics ever since a remix of the 2005 song from Tiger Shroff and Shraddha Kapoor's Baaghi 3 released. These memes particularly focus on the lyrics 'I Looked at You, You Looked at Me, Aur Ho Gayi Mushkil' from the track. When put to some situations from sitcoms and movies, these lyrics get a hilarious meaning. While the audiences seem divided over the song remake being good or bad, there's no doubt that everyone is finding these memes funny and hence now Marvel India too seems to have joined the bandwagon. 'I Looked At You, You Looked At Me' Funny Memes on Dus Bahane Song Trend Online, Netizens Make Jokes Using Lyrics of Hit Track.

While we have seen a number of these memes relating to Bollywood films ranging from 3 Idiots to Golmaal, Marvel India managed to make within the Avengers concept. The meme is related to Avengers: Age Of Ultron plot twist when Ultron kills Jarvis. Sharing the meme, the Twitter handle of Marvel India captioned it as, "Jarvis has left the group."

Check Out Marvel India's 'I Looked You.. You Looked at Me' Meme:

Jarvis has left the group pic.twitter.com/6a5VZnMdQ6

We have already seen streaming giants like Netflix India and Amazon Prime get into this meme game as they shared some of the most hilarious ones including the one related to their latest release, To All The Boys: P S I Still Love You. Amazon Prime India too had us in splits with their memes. Baaghi 3 Song 'Dus Bahane' Funny Memes Take Over Social Media as Twitterati Mock Tiger Shroff-Shraddha Kapoor's Remix Track With Hilarious Jokes.

From sports to movie scenes, the particular line, "I looked at you, you looked at me aur hogayi mushkil" is being used to make jokes everywhere and Twitterati are surely having a fun time with it. Tell us your favourite "Dus Bahane" meme in comments below.