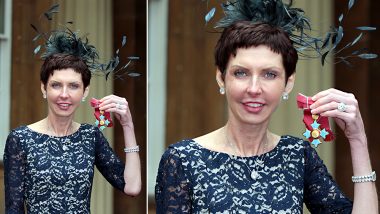 Denise Coates, the joint chief executive of the British-based gambling firm Bet365 has become the highest-paid female chief executive in the world. According to the gambling firm's latest accounts, she took home $279 million (Rs 19 billion) in 2017. At that, Coates' salary is 9,500 times more than the average UK salary and earns 1,700 times more than the annual salary of UK Prime Minister Theresa May. Forbes estimated her total wealth at at £4 billion (approx more than Rs 3,63,83,00,00,00) in 2018.

The 51-year-old Englishwoman made the fortune by upgrading her father's chain of betting shops to online gambling. As a schoolgoer, Coates worked at her father's betting shops and later took over a small chain of stores. She made her family borrow Rs 1.93 crore to set up an online firm. In 2012, she told The Guardian newspaper, "We mortgaged the betting shops and put it all into online. We knew the industry required big start-up costs but… we gambled everything on it. We were the ultimate gamblers if you like." List of Countries Where Gambling on Cricket is Legalised.

She initially operated the online business out of a car parking of the betting shops. In 2005, the original chain of shops was sold and twelve years later the online gambling company bet365.com reported an annual revenue of £647 million. Today she runs the firm jointly with her brother John Coates and owns 50.01 percent of the company.

Other family members in the company include her husband, Richard Smith, who is the group property director, and her father Peter. A few years ago, Coates and her husband adopted four girls from the same family and they also have a child of their own. The family lives in a farmhouse near Stoke-on-Trent. They bought it in 2013 for £1.3million. She prefers to keep her family out of media attention and limelight otherwise. Chinese Police Deploy Drones to Bust Gambling Gangs.

She moved Bet365's headquarters to Gibraltar, a British overseas territory on Spain's south coast as it has favourable regulations to the gambling industry. But Coates' business has come under fire from netizens over her annual income. Lancashire priest Canon Stephen Jones tweeted, "Given the problem we have with gambling addiction, and the misery it causes, Denise Coates' 265 million salary is grotesquely obscene #bet365."

Moreover, Britain's gambling industry has come under public scrutiny and many expect the government to bring stricter regulations. Share Action, a U.K. group which smaller investors, termed her pay package as "blood-curdling" and "disgraceful". They also claimed that many under 17 years of age in Britain are addicted to gambling.

(The above story first appeared on LatestLY on Nov 23, 2018 01:33 PM IST. For more news and updates on politics, world, sports, entertainment and lifestyle, log on to our website latestly.com).