Paranormal Games to NOT Play at Home With Friends: The Midnight Game, One-Man Hide and Seek & Other Games Will Potentially Leave You With Your Very Own Real Ghost Story! 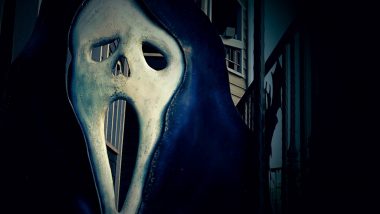 Who does not love a little thrill and horror? If you are bored with Monopoly and seeking something a little darker than simulated capitalism, you might be interested in trying some paranormal games. But beware, based on the old rituals, each one comes with dire warnings to those daring enough to play not do so. From the midnight game to one-man hide and seek and a bloody mary, here are five paranormal games that will potentially leave you with your very own real ghost story. With these games, you will be pitted against dead or in some cases, evil itself. So, before you try, ask yourself if it is worth a risk. Even if you belong to those who may not believe in paranormal activity, we recommend taking these games absolutely seriously. It is always better to be safe than sorry.

It is believed that the Midnight Game was once an old pagan ritual used as punishment for those who dared to disobey the gods. It involves summoning the Midnight Man and avoiding him from midnight until 3:33 am. The goal of the game is to avoid meeting the Midnight Man in the dark. The game is a popular activity for thrill-seekers. It has one of the highest stakes of all the paranormal games and highly advised to not, under any circumstances, play this game. The Black Nun: Here’s the True Ghost Story of Sarah Whitehead Who Many Believe Still Haunts the Bank of England, Ready for a Nightmare?

The Closet Game is creepy AF. Its origin is unknown. The game’s sole purpose is to summon a demon into your home. So, again, another no-no to play with friends or at all.

One-Man Hide and Seek is based on an old ritual that is said to summon the dead. The legends that surround this game involves restless, wandering spirits, which are said to endlessly search for bodies to possess. The player is to summon such a spirit by offering it a doll instead of a human host. The game can only end once you have found the doll. This game can have some seriously creepy ramifications.

This is another popular paranormal game which is played at a place where no light can enter. It was a Redditor who posted the instructions of the game, and it became extremely popular among thrill-seekers.

Bloody Mary is one of the most famous paranormal games in existence. It is a folklore legend consisting of a ghost, phantom or spirit conjured to reveal the future. One has to chant her name three times after which she is said to appear in the mirror. Her spirit is thought to be malicious; encounters are said to be violent and possibly deadly.

If you fancy putting the above legends to the test, we advise you read the true accounts by people who played the game. The experiences have never been really great, and that is why it is always recommended to stay away from playing these paranormal games. Some things are better left unknown or in this case, unplayed.

(The above story first appeared on LatestLY on Aug 14, 2020 11:35 PM IST. For more news and updates on politics, world, sports, entertainment and lifestyle, log on to our website latestly.com).