Parker, The Snow Dog Elected as The Honorary Mayor of Georgetown in Colorado (See Pictures) 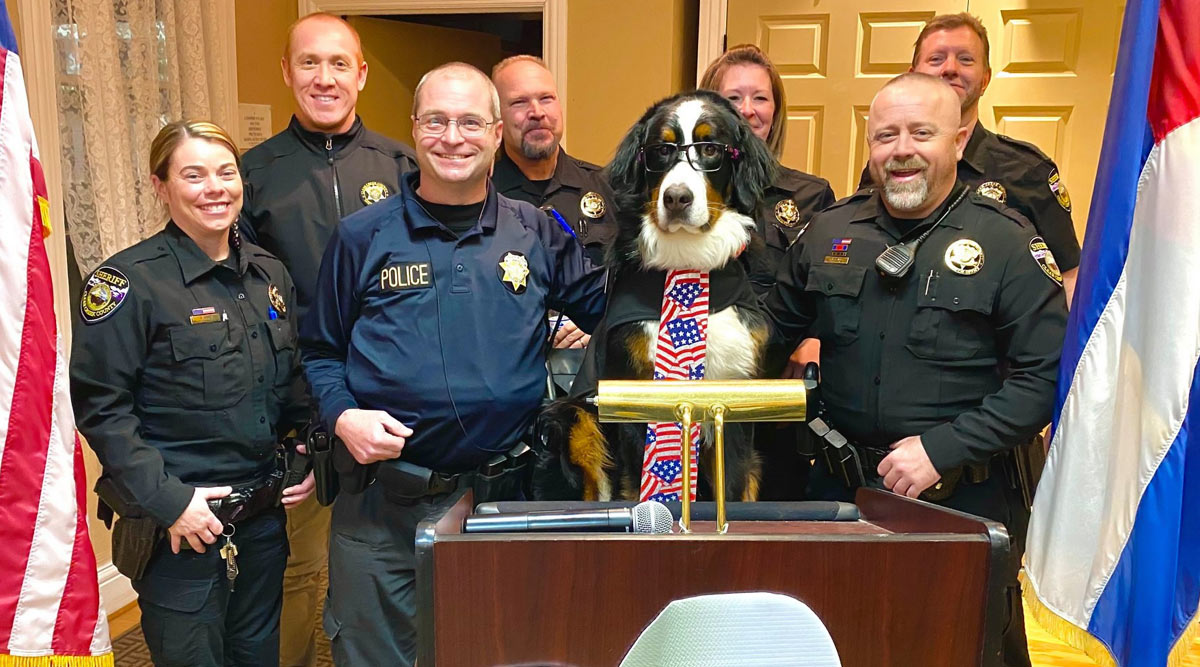 Colorado in the United States has elected a snow dog as their honorary mayor. Parker the Snow Dog swore in as Honorary Mayor of Georgetown on February 11. The inauguration ceremony took place at the Georgetown Community Center. Police Judge Lynette Kelsey presided over the ceremony and administered the oath to Parker. With a tie and a pair of glasses, Parker looked quite comfortable posing with the state police force. With that look on his face, it seems that Parker will be taking his job quite seriously. Golden Retriever as Mayor! Californian Town Elected a Dog, View Cute Pics of Max.

Clear Creek County shared pictures of their mayor's swearing-in on Facebook. The post reads, "It was a packed house Tuesday Night at the Georgetown Community Center for Parker's Inauguration Ceremony. Local law enforcement, citizens of Georgetown and fans of Parker the Snow Dog attended the event. Police Judge Lynette Kelsey administered the Mayor oath to Parker the Snow Dog."

It also says that Police Judge Lynette Kelsey had administered the 'Mayor oath' to Parker. The dog was unanimously chosen as the honourary mayor by the "town board of Selectmen" on February 11.  After taking charge, Parker posted pictures on Instagram with the caption, "It's official. I'm the Honorary Mayor of Georgetown, Colorado! Thank you to everyone who attended."

Parker is the mascot for Loveland Ski Area, Camp Therapy Dog for the Rocky Mountain Village Easter Seals Camp and also is featured on most Denver Broncos nationally televised games. Parker has personal social media profiles on Twitter, Instagram, YouTube and Facebook where citizens of Colorado can post their queries.