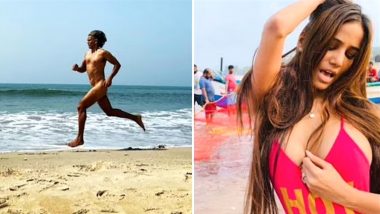 While Milind Soman, on the other hand, was running naked in what seemed to be private property in Goa. Moreover, if we look at the history, pics and video shared by Milind Soman, even in this case, has an artistic approach to it, with private parts concealed completely. While on the other hand, Poonam Pandey hasn't shied away from flashing her private parts in the past. Even in the current case for which she has been booked, she was caught flashing in public. In the past, Instagram has failed to reckon despite people reporting Poonam Pandey's material. For example, this content by Poonam Pandey below was reported and it clearly has her breast flashing (we have it blurred here for reference). BUT Instagram fails to see anything wrong with the content. Take a look: 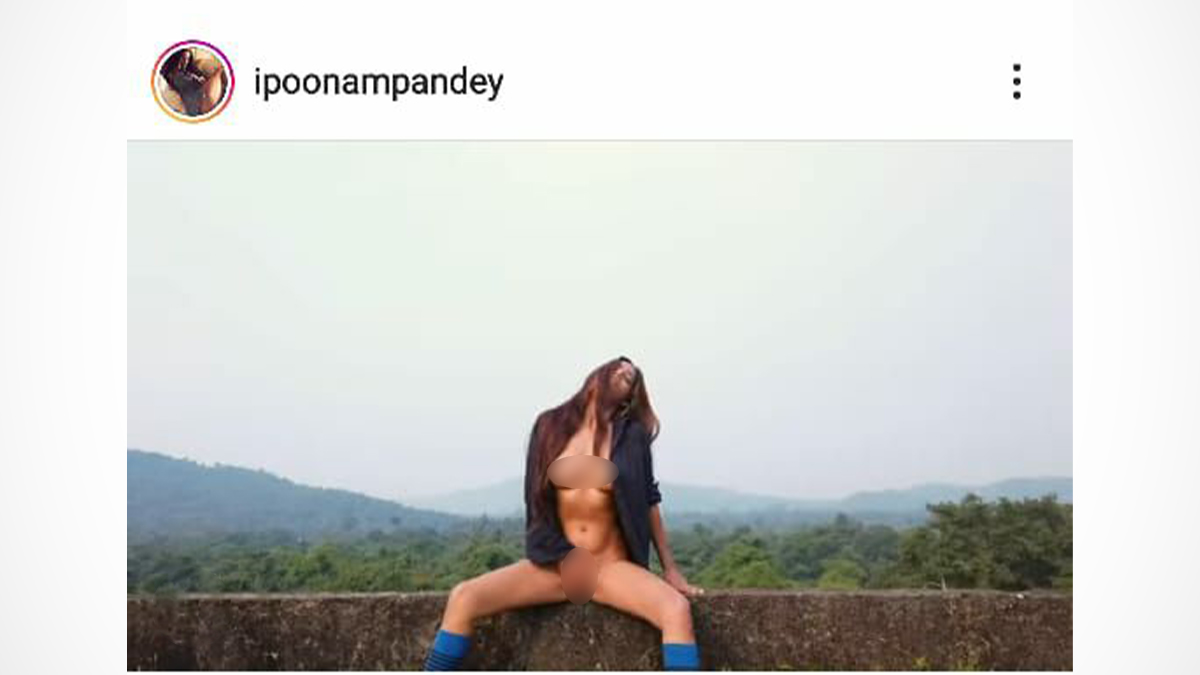 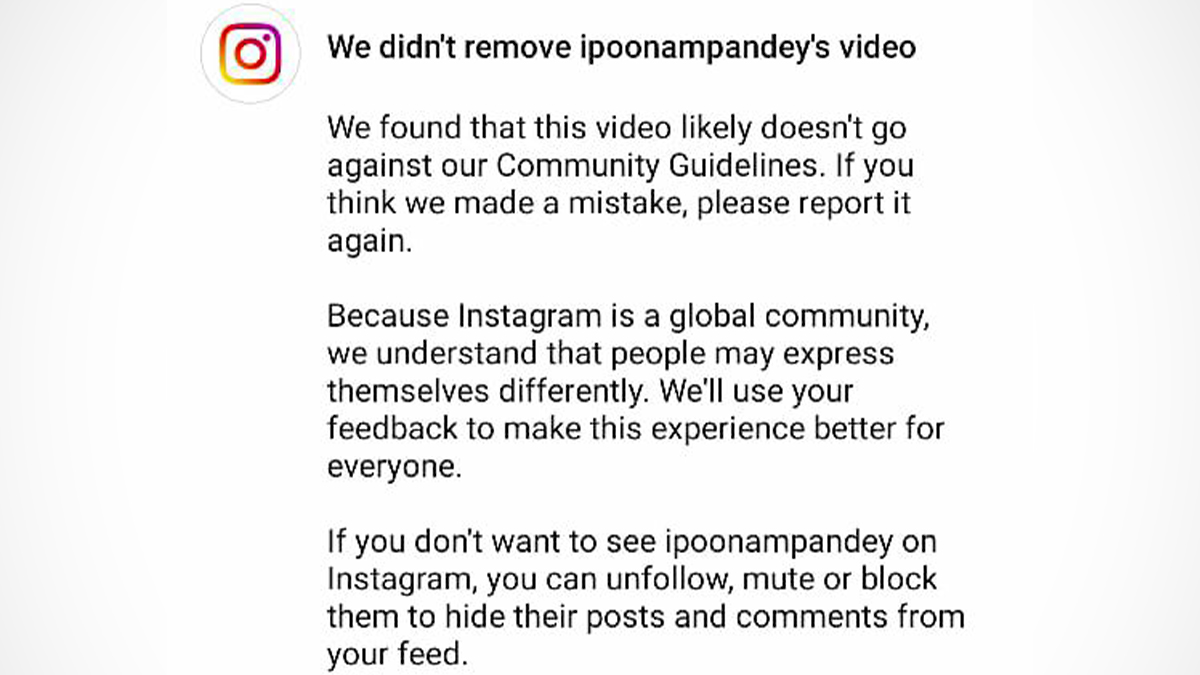 Now, Instagram and its bias towards male and female nipples have always been an issue and rightly so. However, given the history of flashing online and comparing Poonam Pandey's nude photoshoot FIR case with Milind Soman's 'nude' pic is unfair. However, we don't deny any kind of sexism that otherwise does rampantly exist in the society and on social media wherein women's bodies are easily sexualised even when presented in the form of art. However, in this particular case, comparing Poonam Pandey's scene of obscenity in public with Milind Soman's aesthetically pleasing pic clicked in what seems to be an empty private property is futile. Even in the past, a French woman was arrested in India for making a video of herself naked on a sacred Lakshman bridge in the northern city of Rishikesh.

Currently, women's wing of Goa Forward Party has filed a complaint against actor Poonam Pandey for allegedly shooting a 'vulgar' video at Chapoli Dham. An FIR was also registered against an unknown person for recording the video featuring Poonam.

(The above story first appeared on LatestLY on Nov 05, 2020 06:30 PM IST. For more news and updates on politics, world, sports, entertainment and lifestyle, log on to our website latestly.com).