Pug Dog Gets a Facial Scan And Twitterati is Terribly Scared With Its 'Alien' Look! (Check Viral Pic) 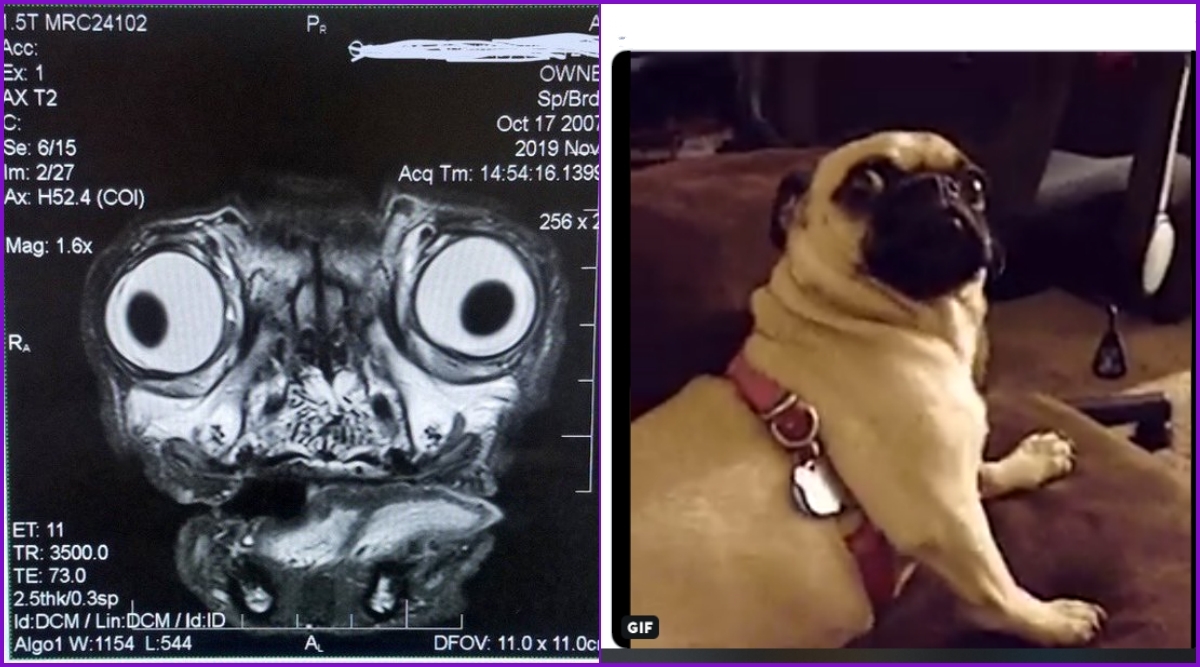 Taking a pet to the vet is a bit of tension for most pet owners. But a vet visit of a certain pug has managed to scare the hell out of everyone on social media. A picture of a facial scan of a pug's face was shared on Twitter and it looks so scary. The scan looks like its an alien face! While pugs have a distinctly featured face, in the vet scan it looks bizarre, far from that of a dog. The picture is going viral with people giving their shocked reactions on it. French Bulldog Looks a Little Too Adorable Dressed As ‘Chucky’ (Watch Viral Video).

A Twitter user named Andy Richter shared a scan of his friend's pug face. And the internet seems to have a great liking for some bizarre and unusual content. So the picture has gone crazy viral and those who felt pugs are cute may have a differing opinion after seeing this picture. In the scan, the pet looks so scary, resembling an extra-terrestrial creature more. After the picture went viral the user tweeted a normal picture of the pug mentioning that it is doing fine now. This Dog Accidentally Howled Like Britney Spears’ ‘Toxic’ Tune and Twitter Is Going Crazy! Watch Funny Video.

My friend’s pug went to the vet pic.twitter.com/kP4r5o4ZOQ

Here's The Regular Pic of The Pug:

I let my friend know his dog has gone viral, and he told her. She has a clean bill of health, btw pic.twitter.com/MlPrEU12Fp

The picture has got more than a lakh likes and over 13,000 retweets.

ET Are You Sick?

ET is sick I think

Amazing. Pugs may be the only creature to look exactly the same in X-Ray as in visible light.

A Pug's Reaction to That Would Be...

The Resemblance to Aliens!

This reminds us of another incident when a pet owner from Coventry, West Midlands posted that she thought her dog's nose had fallen off! It was actually the nose of a teddy bear but it looked so similar to her pet's French bulldog that she got scared if there was some accident with her dog.