The ‘Migraine Pose’ Is the New Selfie Trend Is Taking over the Internet; Kylie Jenner, Beyonce and Gigi Hadid Are Apparently Fans Of

Have you taken a selfie in the 'Migraine Pose' yet? 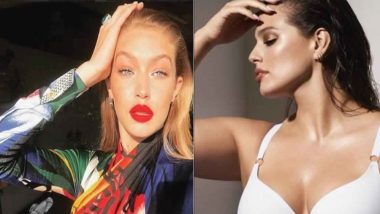 If you thought that the selfie trend was going anywhere or probably something new would replace it, you couldn't be more wrong. Since the advent of front camera smartphones, the concept of taking selfies hasn't stopped. Even while I write this, there may be so many people clicking selfies right now. The craze for selfies has taken over the world so much so that there have been cases wherein many youngsters have lost their lives while taking selfies at dangerous places.

However, taking selfies doesn't look like it is going to stop any time soon with different poses that are becoming popular almost every day. We have seen the pout pose, the duck lips, the buttfie and what not? But looks like there is space for more in the list... make way for the 'Migraine Pose' selfie trend. It is the latest selfie trend that is catching up and is as crazy as it sounds. Wondering why is it called the 'Migraine Pose'? It is because according to this pose one has to touch their head in a way that one does when they are suffering from a migraine. Don't you believe it? It is all over the internet and apparently celebs and trendsetters like Kylie Jenner and Beyonce seem to love it. Take a look:

How did you like this trend? Let us know in the comments section below. Also, let us know who aced the pose the best according to you.

(The above story first appeared on LatestLY on Jul 04, 2018 12:33 AM IST. For more news and updates on politics, world, sports, entertainment and lifestyle, log on to our website latestly.com).