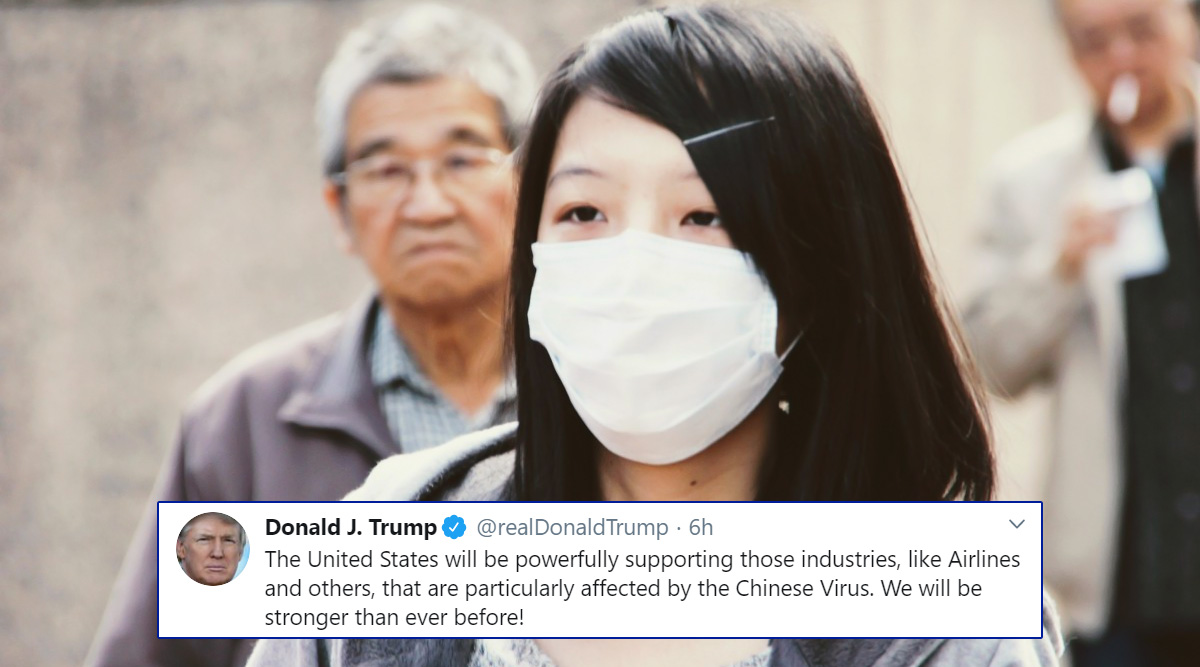 Coronavirus (COVID-19) cases and the death toll is only increasing every day. The pneumonia-like, highly contagious illness has taken 7,171 people as of March 17 morning with 182,605 confirmed cases in 162 countries and territories. However, apart from the scare that the disease is causing, the fact that the epicentre of coronavirus is Wuhan, China, is giving many people the opportunity to become racist unnecessarily. Currently, to top the list is one of the most influential people in the world, US President Donald Trump. 'Stop Calling Us Corona, Ch***i, Chinese', Northeast Indian Students Facing Racism During Coronavirus Scare Urge in a Heart-Breaking Viral Video.

He chose to call COVID-19 coronavirus as "Chinese virus" on his official Twitter handle, while saying that the country may be headed toward recession and urged social distancing. "The United States will be powerfully supporting those industries, like Airlines and others, that are particularly affected by the Chinese Virus. We will be stronger than ever before!" he wrote in his tweet.  Spanish Flu: As Coronavirus Spreads, Here's All About The 1918 Influenza, Which Was The Deadliest Pandemic of 20th Century.

The United States will be powerfully supporting those industries, like Airlines and others, that are particularly affected by the Chinese Virus. We will be stronger than ever before!

The highly offensive tweet has been condemned by in-general Twitterverse, including some major officials and the head of the Centers for Disease Control and Prevention as well. They have labelled the phrase inaccurate and potentially harmful in promoting "racist associations between the virus and those from China." Just a few hours ago, UNESCO indirectly called out Donald Trump's racist remark. UNESCO wrote, "Kind quick reminder: viruses have no nationality." In yet another tweet, UNESCO wrote, "The fight against #coronavirus needs science, not stigma. It calls for facts, not fear. Together, we will defeat #COVID19."

However, the tweets in objection to Trump's racism has been receiving mixed reviews as well. Some said that why were there no objections made earlier to names such as "Japanese encephalitis, Ebola virus, Spanish flu, Middle East respiratory syndrome (MERS) and German measles" and why have people "suddenly gone bonkers over Trump calling #COVID2019 as China virus".

This may be a matter to wonder why have we been calling diseases that originated from a certain place by its name when it only fuels racism. Let's take a look at some of the diseases that are called so because of the places they originated in:

Ebola: Did you know Ebola gets its name from Zaira's (the current Democratic Republic of the Congo) nearby Ebola River, a tributary of the Congo River in 1976? This is because the first victim was a schoolmaster in the village of Yambuku in the north of the country.

Spanish flu: One of the deadliest types of flu, the Spanish flu got its name when in the 1918 King Alfonso of Spain, 32, fell ill. The flu affected It the young, working-age adults out of the blue making them sick and even killing them.

Regardless, nothing suffices as a reason to be racist, especially at such a time of dismay when people are literally losing their life. What we currently need is support and unity to fight COVID-19 as a whole, emerging as power stronger than the disease.