What Should Be The Punishment for Rapists? Hang Till Death, Yes! Lynching and Staged Encounters, No! Speedy Justice For Victim, Yes! 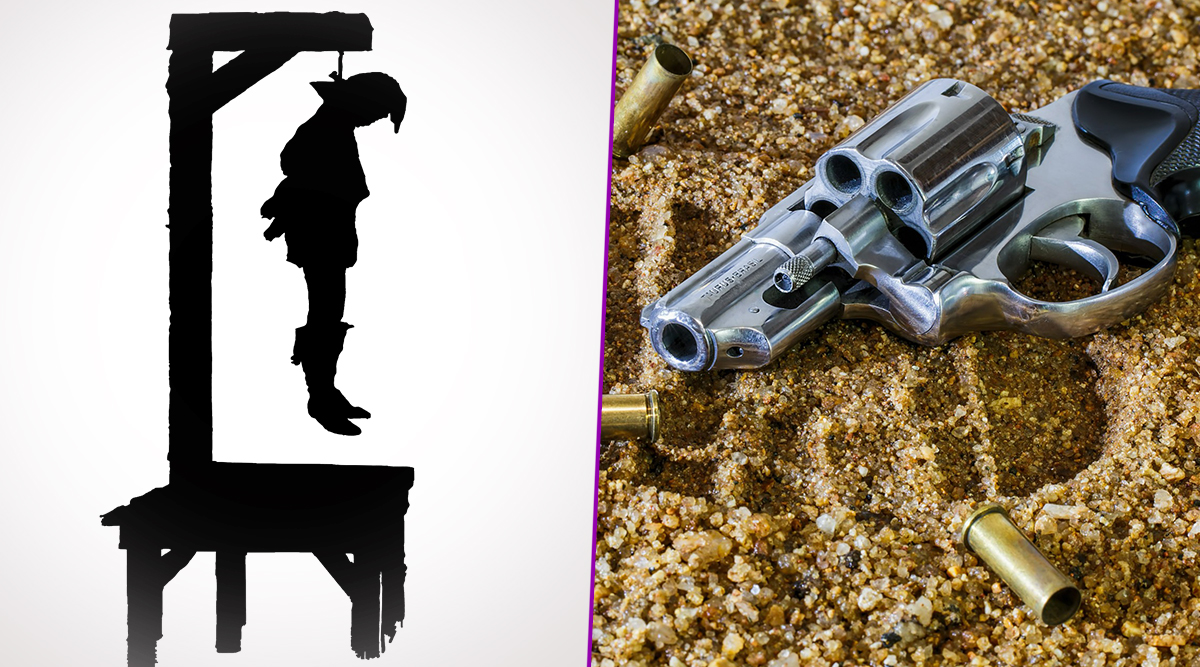 It is really unfortunate, that each day an Indian citizen is waking up to the news of a rape case in the country. There is only a rise in the number of sexual violence and abuse against women. It taints the image of the country when it comes to the safety of its women, as the deliverance of justice is not taken seriously by people. The memories of the Nirbhaya rape case in Delhi from 2012 are still fresh in people's mind and years later, the brutalities in the rapes are only worsening. The candle marches do little to serve justice, but there is a growing clamour of seeking capital punishment for rapists. Other options put forth are planned encounters and public lynching of those accused of rape. There is growing support for these two options for "serving justice" and we wonder, if that really solves the issue. What we really await is fast-tracking of judicial processes in all these cases. Growing Rape Cases in India: These Statistics Reveal 7 Ugly Truths about Sexual Violence in The Country.

The recent gangrape case of a veterinary doctor from Hyderabad shook the nation. Once again, there was outrage over the brutality of first raping her and then burning her to death. Following this, there was a call for capital punishment for rapists and even suggestions of lynching them in public! Rajya Sabha MP Jaya Bachchan said out loud in Parliament, "These people (the accused in rape ) need to be brought out in public and lynched." In her support was TMC MP Mimi Chakraborty who agreed with Bachchan's demand for a public lynching. Lawmakers making such statements discourage the purpose of having a law book followed by the court.

On Friday morning, everyone celebrated the encounter of this four rape-accused, by the Telangana police. Social media is overjoyed with the "serving of justice." And now there are voices supporting the encounters of all rape accused. The police said that the accused tried to run away and they were left with no choice but to kill them. However, several activists have raised questions about the "nature" of the encounter and called for a probe regarding the police actions against the accused.

In Kathua rape case in June 2019, six out of seven accused were convicted by the court for gangraping and killing an 8-year-old girl. The one acquitted could've been serving the punishment too in case of an encounter.

The Kathua rape case had also seen immense public outrage. Social media trails were seen wherein everyone called on their own judgments, partaking the law in their own hands. But the social media outrage barely does any good to the victim. Their identity trends and the rape videos are searched for online. These social media outrages in a way expose the degraded mentality that exists in society today.

Coming to another rape case of Unnao in Uttar Pradesh, where the 23-year-old rape victim was set on fire by the accused out on bail, outside her village, when she was headed to a local court for hearing in the rape case. According to the latest reports, three out of the five accused are in police custody while the search for the other two is still on. Now there are voices echoing that these accused should be encountered by the police. BSP chief Mayawati has said that the UP Police should learn from the Telangana police. We are openly hoping for staged encounters now. Should we be prepared to hear of more "accused" being killed by police in the coming days?

There are many more instances of sexual violence and rape in this country which deserve attention and instant justice. If public lynching and encounter is the approach, then will the punishment be redefined to several months of imprisonment and then public lynching? If this is the way we are heading and cheering for, then some people like Guru Ram Rahim (convicted rapist and murderer), Kuldeep Singh Sengar (accused of rape, murder, attempt to murder, criminal conspiracy and criminal intimidation), Nithyananda (accused of a rape in Karnataka) need to be "extra careful."

Crimes so heinous need to be served with the strictest of punishments. We have a system of hierarchy in legal jurisdictions too. All the crime cases work in tandem with the police departments. The police gather proof and a piece of strong evidence can straightaway call for capital punishment. We get the sentiments when we await a brutal death to these criminals, but they need to be in judicial spheres with established proof so that they can be killed with no sympathies. And when we say judicial convictions, we expect faster actions towards these stringent punishments, which, unfortunately, take years to be delivered and hence, the Indian citizens celebrate acts like killing accused in encounters.

A case in point is the 2012 Delhi gangrape and murder case, where the convicts have been languishing in jails ever since. There comes one mercy petition after another even as the victim's family awaits the day the culprits will be hanged, as had been pronounced by the court. On a day when the Hyderabad accused were killed in an encounter, what also made news was that the mercy petition of Nirbhaya gangrape convicts was rejected by President Ram Nath Kovind. The President also said that child rapists must not be allowed any mercy petitions. In all the above cases, not one convict has been punished with death yet.

The burning issue is that of justice delayed, which eventually is justice denied. What India needs is a speedy judicial system to punish the culprits and instil fear in society against committing any such crimes. Encounters is not what is the need of the hour, because if they are the solution, the list will be longer.