A San Antonio lady is under arrest after reportedly stabbing her boyfriend after he confronted her about his thoughts on her OnlyFans account. Around two in the morning on Wednesday, according to News4SA, police were called to a stabbing report in the 5000 block of Wiseman Boulevard on the city's far West Side. 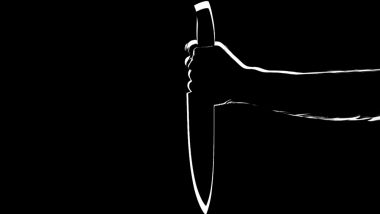 According to the police, Destiny Jimenez's 25-year-old boyfriend showed up at her residence and questioned her about her claimed account on OnlyFans. Reportedly, the argument turned violent when Jimenez got out a kitchen knife and started slashing at her boyfriend. Real-Life Devil Gets Banned From Churches For His Extreme Body Modifications! Brazilian Man Has Implanted Horns, Tattoos and Much More!

Jimenez cut her boyfriend's chest, forearm, and perforated his body, according to News4SA. The man reportedly left the residence and called 911 despite his wounds. OnlyFans model Courtney Clenney made waves a few months earlier when she fatally stabbed her partner in their Miami condo. After the government obtained an arrest order for Clenney, she was taken into custody in Hawaii. Some of the responses included requests for Jimenez's OnlyFans link since they thought, based on her appearance, that she wasn't collecting a monthly subscription price.

(The above story first appeared on LatestLY on Oct 01, 2022 09:16 AM IST. For more news and updates on politics, world, sports, entertainment and lifestyle, log on to our website latestly.com).