Like many other celebs, Ananya Panday too shared her review about the recently released sports drama, Jersey. The film starring Shahid Kapoor in the lead released on April 22.

Shahid Kapoor, Mrunal Thakur, Pankaj Kapur starrer Jersey is a remake of the Telugu film of the same name. Directed by Gowtam Tinnanuri, who had also helmed the original film, the Hindi version too received positive response from the audience. Ananya Panday, shared a poster of the film, and mentioned in her post, “All the feels @ShahidKapoor you made me cry like a baby!!!” Jersey Movie Review: Shahid Kapoor & Pankaj Kapur's Solid Partnership Makes This Predictable Game An Engaging Watch. 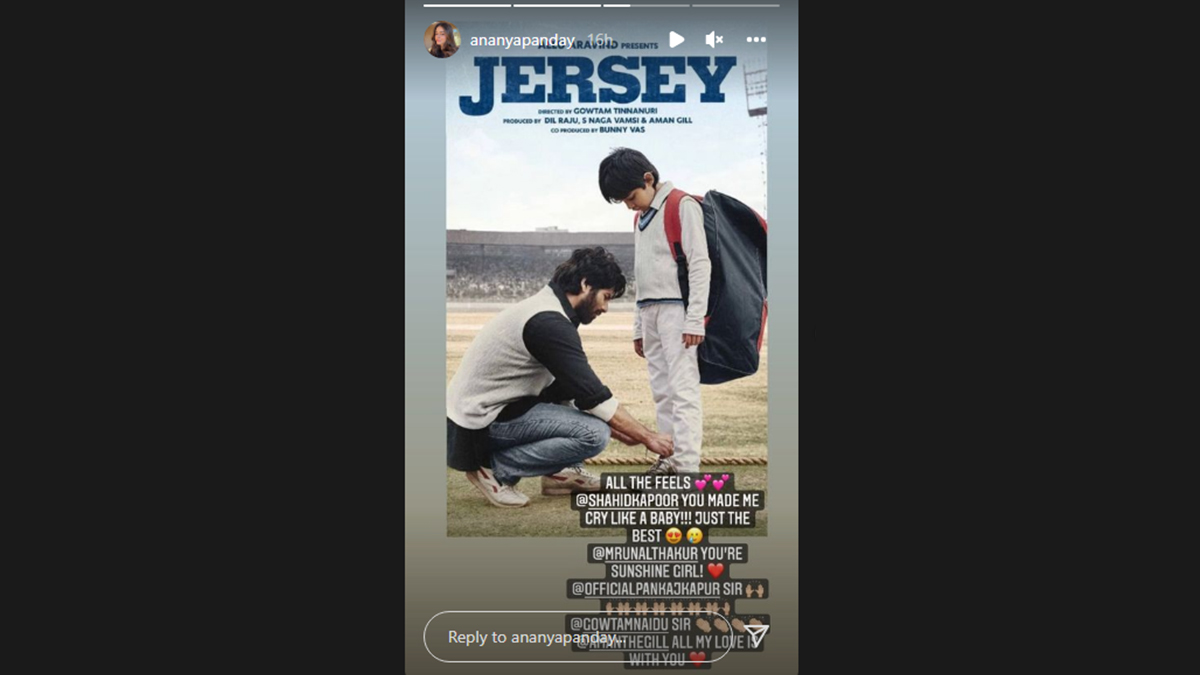