After a Twitter user wrote a disappointing tweet about Kumail Nanjiani for his body transformation for Marvel film Eternals. Kumail took to Twitter and replied to that user in a very calm and detailed way. Kumail wrote, "It was my decision, not Marvel’s. I’ve said it many times, I guess you’ll have to watch the movie to decide how minor it is, Boy. White dudes love talking about my body like they own it." Later on the user named Armand Domalewski apologised for the incident. Have a look. 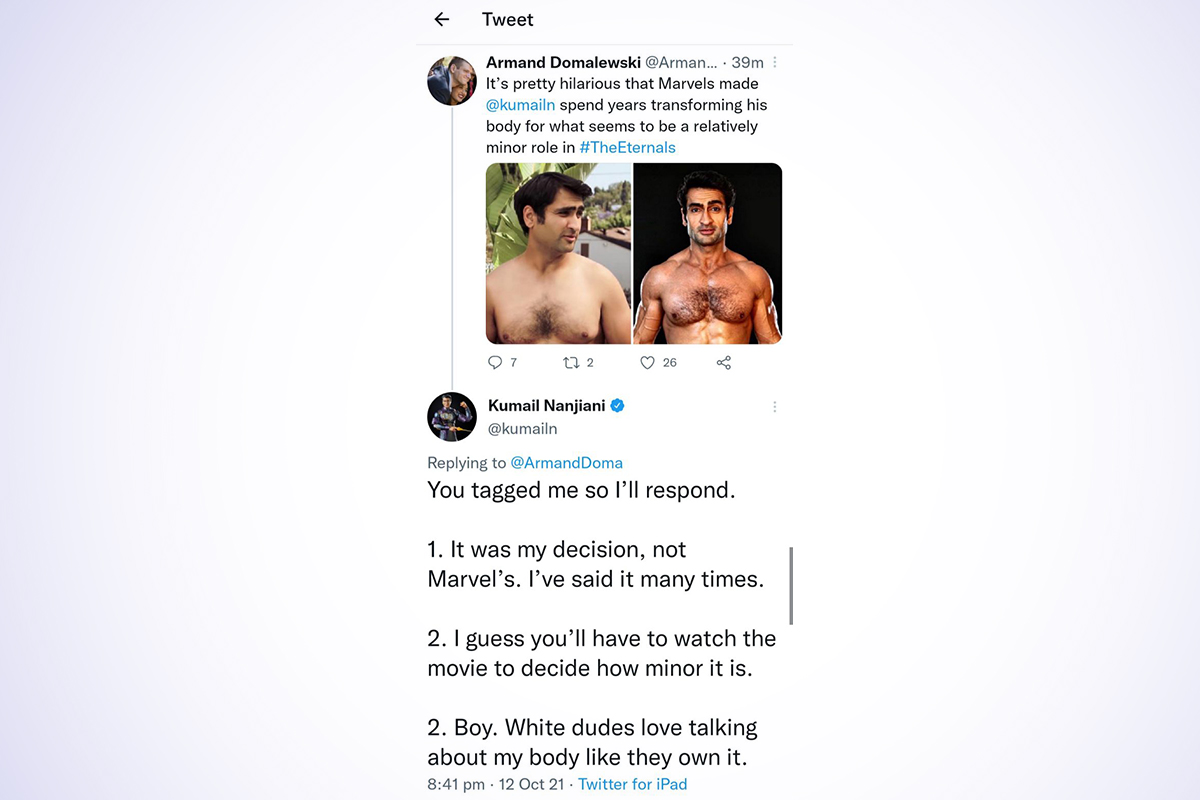 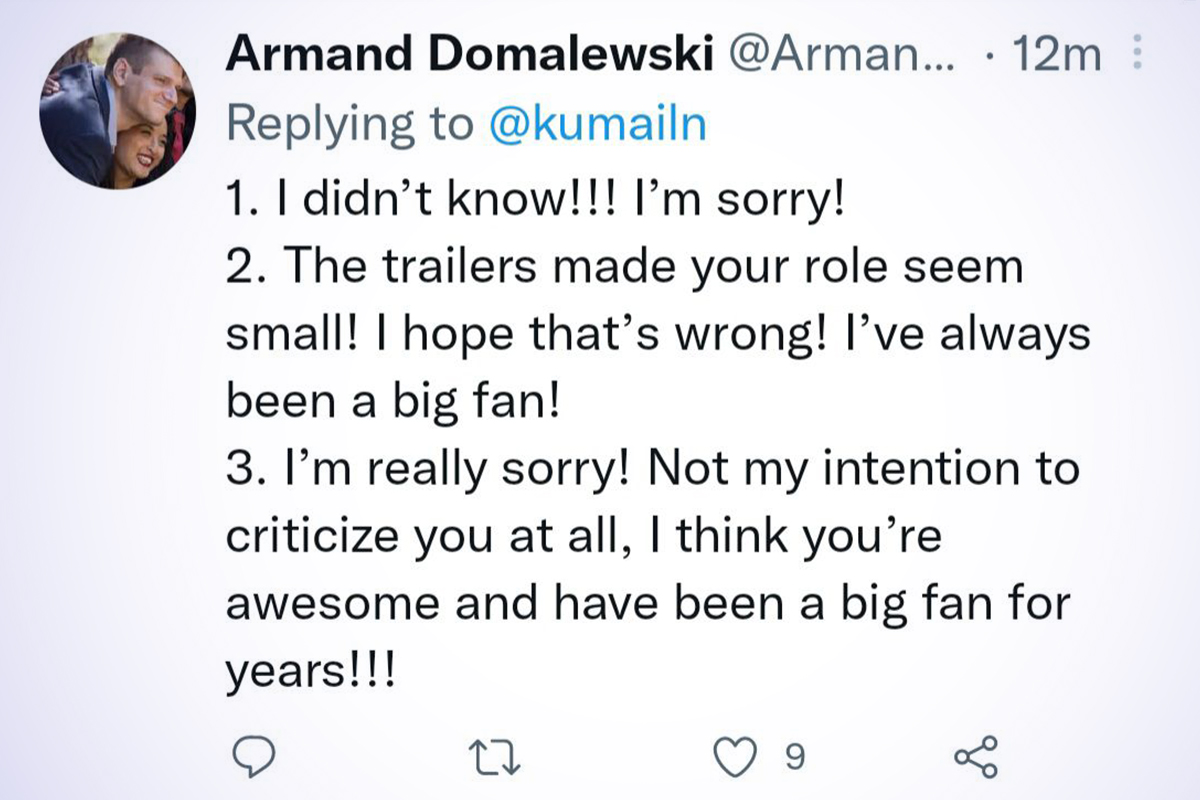