Beast had opened to mixed reviews, and the film is doing decent business at the box office, though it is eclipsed by KGF Chapter 2's tremendous box office performance.

There had been rumours in the Twitter-verse that Tamil superstar Rajinikanth had recently watched Beast, and was not happy with how Thalapathy Vijay-starrer shaped out to be. The rumours further state that Rajinikanth dropped director Nelson from his upcoming untitled Thalaivar 169 project. However, the filmmaker chose to respond to these rumours in an interesting manner. He updated his Twitter bio with the project, along with the already released Kolamavu Kokila, Doctor and Beast. Which means he is still on board as the director of Rajinikanth's upcoming film that is produced by Sun Pictures, no matter what the haters are saying. Thalaivar 169 Announcement: Rajinikanth, Nelson Dilipkumar and Anirudh Ravichander Come Together and This is One Mass Combo!

Check Out the Screenshot Below: 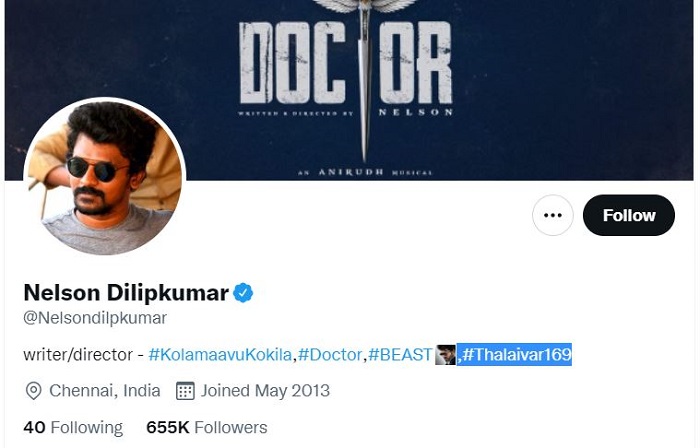 ICYMI, here is the announcement teaser: