Danielle Wyatt has shared a picture of Arjun Tendulkar on her IG story. The picture has gone viral over internet. 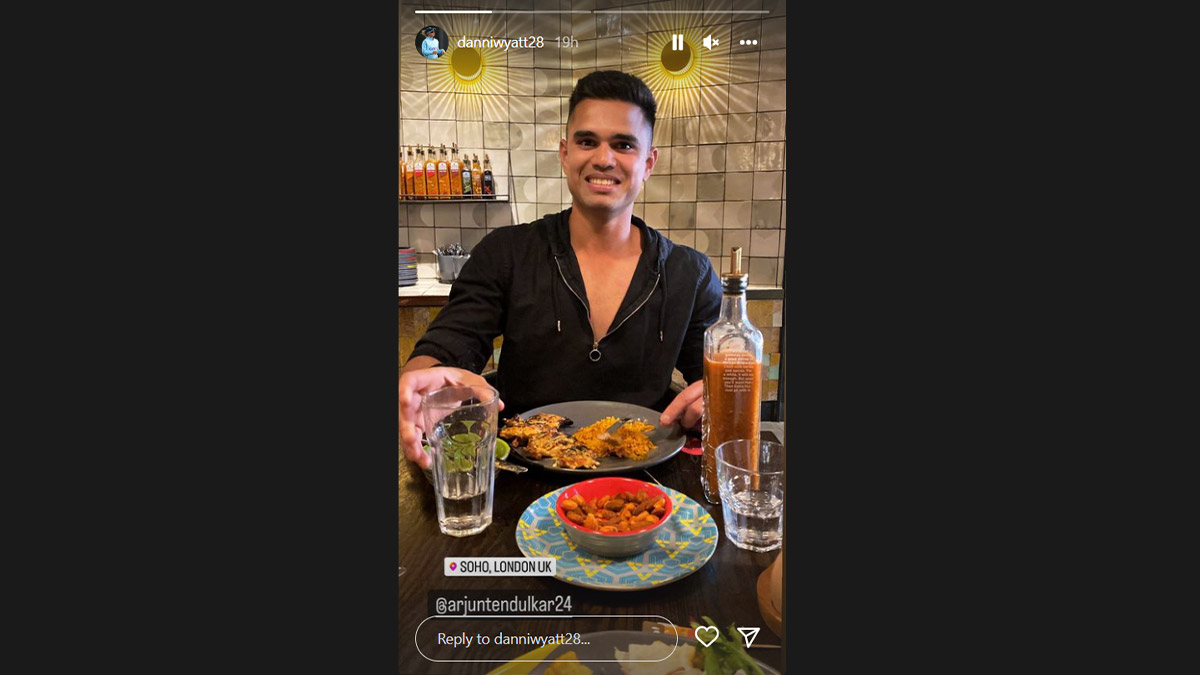 Meanwhile Arjun Tendulkar is hanging out with Dannielle Wyatt. 🤣 pic.twitter.com/vUETNUAQRy