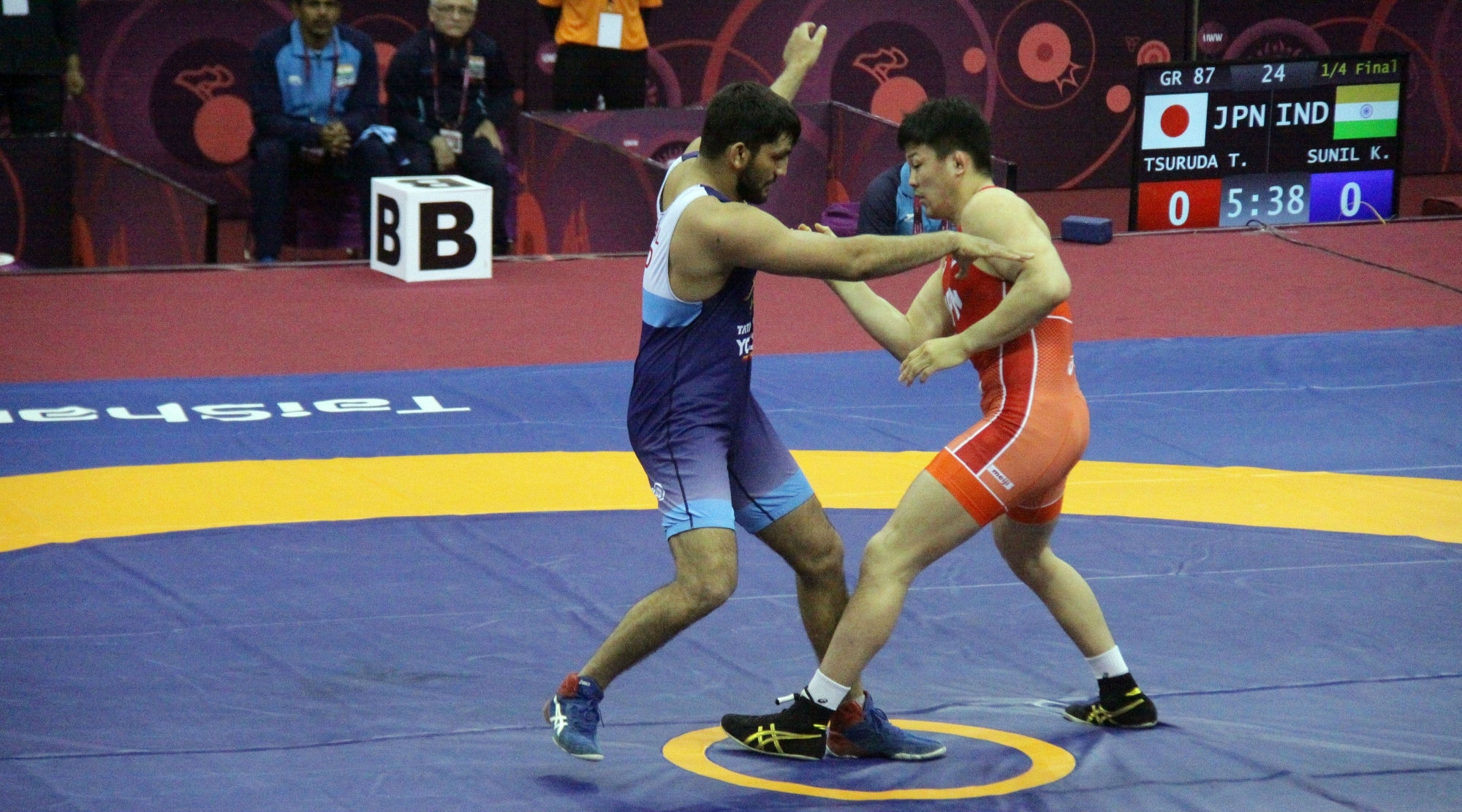 New Delhi, February 18: Sunil Kumar on Tuesday became the first Indian wrestler in 27 years to win a Greco-Roman gold at the Asian Wrestling Championships. Sunil defeated Azat Salidinov of Kyrgyzstan 5-0 to clinch the 87 kg title after a come-from-behind win in his semi-final bout. The last Indian Greco-Roman wrestler to win gold at the Asian Championships was Pappyu Yadav who won the 48 kg title in 1993.

Earlier, Sunil on his way to the final made an impressive comeback in the semi-final bout. He came back from 1-8 down to win the bout 12-8. This was an improvement for Sunil from his 2019 performance in the same tournament where he won silver. Asian Wrestling Championships 2020: Pakistan Wrestlers Granted Visas, Wait and Watch for China, Says Wrestling Federation of India.

"I am feeling happy to have earned India's first Gold Medal today. I have worked really hard on my ground techniques and it feels good to have done better than my last year's performance," said Sunil.

Arjun Halakurki (55 kg) won bronze after beating Donghyeok Won of Korea. Arjun started the bout slowly and was down by 1-4 in the first period. But he went on to snatch six straight points with a combination of good defence and attack. The final score at the end of the bout was 7-4 in favour of Arjun.

India's third medal hope Mehar Singh (130 kg) lost his bronze medal bout against Roman Kim of Kyrgyzstan by a narrow scoreline of 2-3. Mehar was suffering from a wrist injury that he picked up in his semi-final bout earlier.