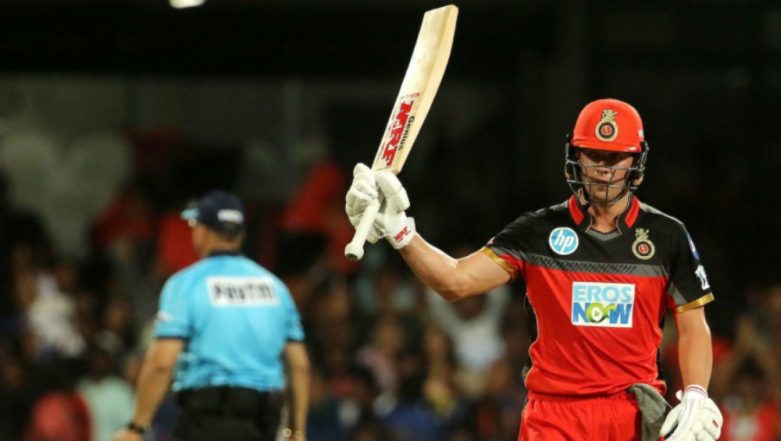 Virat Kohli’s Men in Red- Royals Challengers Bangalore returned to the Chinnaswamy Stadium against the Kings XI Punjab. This was their first home game and AB de Villiers as expected put up the fireworks for the fans which led to RCB’s victory against the KXIP. AB’s innings of 57 off 40 balls, comprised a couple of 4s and 4 sixes. You can watch the highlights of the match here.

Right from the start, the game was in favor of RCB as they won the toss and invited the guests to bat. Initially, it looked like Mayank Agarwal and KL Rahul would build a strong opening partnership. But, Umesh Yadav got rid of the Agarwal. Aaron Finch followed Agarwal to the pavilion the very next ball. KXIP’s most reliable batsman Yuvraj Singh too got knocked off when Umesh Yadav bowled a quick delivery.

KL Rahul kept fighting for runs on the other end. However, Karun Nair and KL Rahul built a partnership of 58 runs. Washington Sundar soon got the wicket of KL Rahul on 47 and Kulwant Khejroliya scalped Karun Nair. Marcus Stoinis and Axar Patel contributed with 11 and 2 runs. Ravichandran Ashwin chipped in with 33 runs that further gave a momentum to the team and made 155 as rest of the team collapsed like a pack of cards.

Since the score was comparatively low, the fans expected RCB to win comprehensively against the KXIP. However, 17-year-old Afghani bowler Mujeeb Ur Rahman caught a big fish Brendon McCullum on 0. Quinton de Kock and skipper Virat Kohli made a 32 run partnership but soon the captain succumbed to a beautiful delivery by Rahman.

Next to follow were Quinton de Kock and Sarfaraz Khan. At one point in time, it looked like the match result would go in favour of the KXIP. Mandeep Singh made 22 and got run out. But AB de Villiers 57 led the team to victory. However, despite the win, RCB still remain at number 5 of the IPL 2018 Points Table i.e. below Kings XI Punjab due to their Net Run Rate which runs in negative. Kings XI Punjab has a run rate of +0.064 whereas the RCB runs at a negative rate of -0.068.