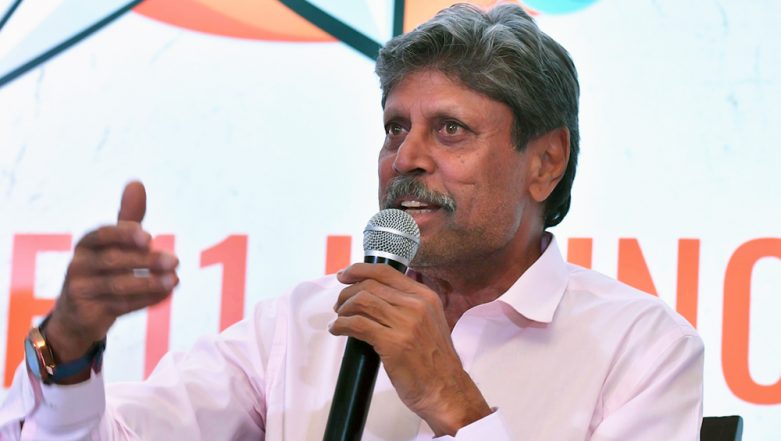 New Delhi, Aug 5: The Supreme Court-appointed Committee of Administrators (CoA) on Monday decided that the three-member Cricket Advisory Committee (CAC) comprising of Kapil Dev, Anshuman Gaekwad and Shantha Rangaswamy are clear of any conflict and free to pick the next India head coach. Speaking after the meeting, CoA chief Vinod Rai said that the committee looked into the declarations given by the three and they have been cleared to pick the coach. Kapil Dev Says 'Respect Virat Kohli’s Opinion on Ravi Shastri

"We have seen, it is fine. The meetings with the shortlisted candidates will happen in mid-August and the appointment will follow after that. CAC's decision with regards to appointment will be final," he said. Kapil, Anshuman and Shantha had been formally appointed the new CAC by the CoA in the last meeting and had been asked by CEO Rahul Johri to give declarations regarding any conflict. Kapil Dev’s Team to Pick Next India Coach, No Review Meeting of World Cup Show

With regards to the appraisal of the BCCI employees, Rai refused to make any comment. In another development, 26 state associations have complied with the new BCCI Constitution and have appointed electoral officers. Rai said he is confident that the number will read at least 30 by the time state elections are held. He once again made it clear that those non-compliant will not be allowed to vote.

"Twenty-six states have complied and appointed electoral officers. Only those states that are compliant will have voting rights," he said. Asked if he was aware of the discussions in the meeting between the state associations, Rai said he didn't have an idea, but the state associations have contested the "cooling off" clause.