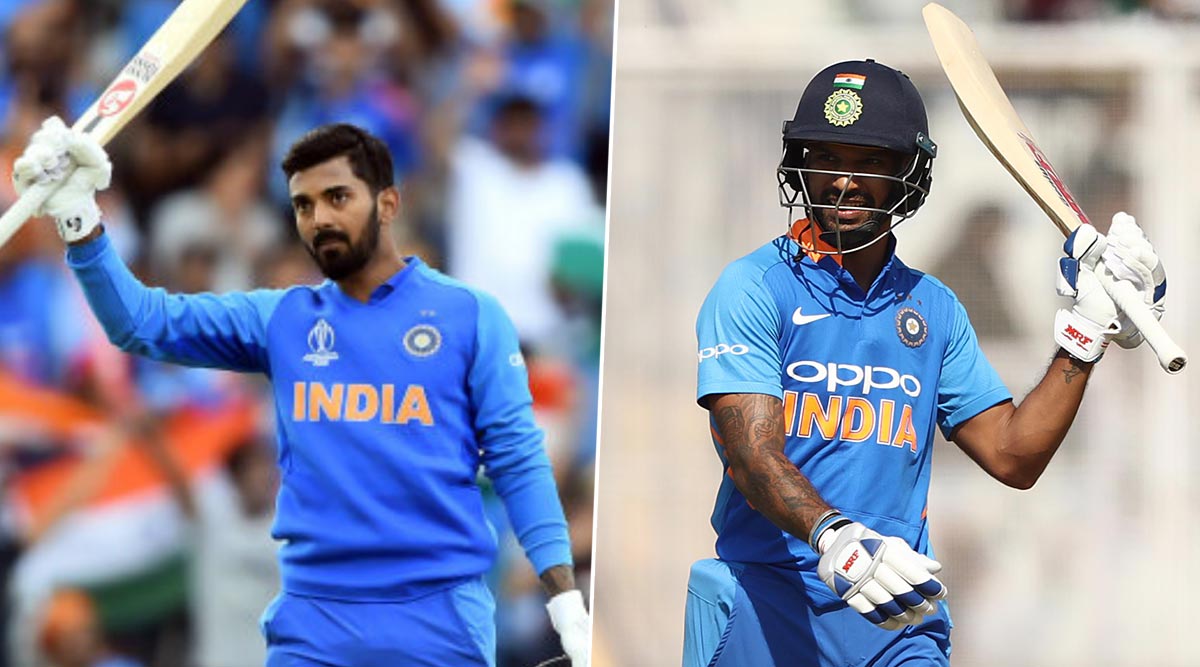 Mumbai, January 12: India batting coach Vikram Rathour feels the competition between Shikhar Dhawan and K.L. Rahul for the opening slot is a healthy one, ahead of their three-match ODI series against Australia starting here on Tuesday. "It's a good dilemma to have. Rohit is an obvious choice of course. Both of them (Shikhar and Rahul) are playing well. Shikhar has done well in one-dayers and Rahul is in great form. So we'll deal with it when we have to," Rathour told reporters on Sunday.

While Rohit Sharma is a certainty, it will be between Rahul and Dhawan with the latter making a comeback from injury in the T20 series against Sri Lanka and scoring runs. Rahul has been in great form in the last few months. "There are still a couple of days to go. The management will sit down and make the choice," Rathour said. KL Rahul Stats and Records: A Look at Profile of Team India Player Who Can Replace Injured Shikhar Dhawan as Opener in ICC Cricket World Cup 2019.

On the relevance of an ODI series in a T20 World Cup year, Rathour said, "It's a different format and cricket is a game of confidence. So as a batter and bowler, especially when you are playing against a team like Australia, who are one of the better teams in the world, performances do make a difference. It gives you a lot of confidence."

"We'll take it as any other series, and playing against one of the better sides in the world, we are looking to do well as a team, looking to perform and win if possible," added the batting coach. After the Mumbai ODI, the second game will be played in Rajkot on January 17 and the third in Bengaluru on January 19.