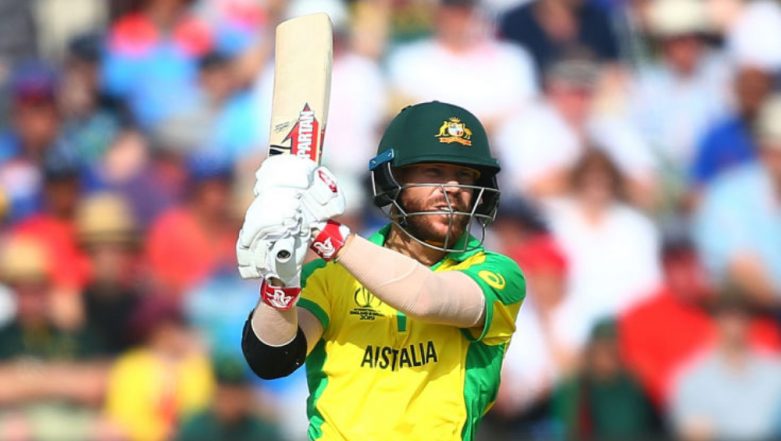 Warner has now become the third joint fastest to reach to 15 ODI tons. He is only behind South Africa's Hashim Amla and India's Virat Kohli in terms of number of innings taken to reach 15 hundreds. Warner has tied with India's Shikhar Dhawan at number three spot for fastest to 15 tons in ODIs. England's Joe Root and Pakistan's Saeed Anwar. Warner was dismissed for 107 but not before he put Australia in a strong position. Australia vs Pakistan Live Cricket Score - 17th ODI match - Full Scorecard.

He reaches it with an edge for four but what an impressive innings it's been. #CmonAussie#AUSvPAK LIVE 👇 https://t.co/eEmVwQQPYP pic.twitter.com/17ASOMgO4K

Pakistan and Australia meet in the match 17 of the ICC Cricket World Cup 2019 (CWC 2019) at the Taunton County Ground in Taunton. This is the fourth match for both the teams, Pakistan’s last match at Bristol was washed-out against Sri Lanka. Meanwhile, Pakistan have won the toss and have opted to bowl first. This is the tenth World Cup encounter between Pakistan and Australia. Australia have defeated Pakistan five times in World Cup matches while Pakistan have won against Australia on four occasions in the World Cups over the years.