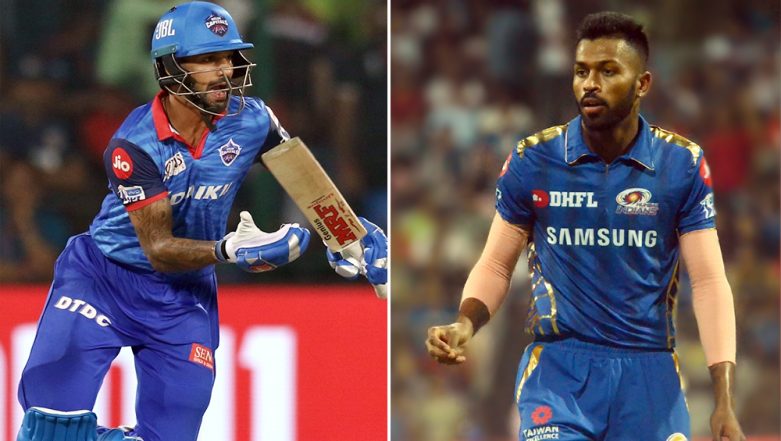 Mumbai Indians after winning the toss elected to bat first and posted a total of 168/5 which saw equal contribution from all MI batsman. Hardik Pandya was named the player of the match for his handy cameo of 32(15) and his figures of 1/17 in 2 overs. DC managed to score only 128/9 in 20 overs while chasing the target of 169. Ahead of DC vs MI IPL 2019 Match, Rohit Sharma’s Daughter and Shikhar Dhawan’s Son Pose for an Adorable Photo!

Gabbar dance 😂😜 Always fun when @shikhardofficial is around 🤗❤️

Mumbai Indians (MI) with this magnificent victory has moved up the point table with 12 points. Their 40 runs victory has significantly improved their Net Run Rate (NRR). Mumbai is now looking favourites to make it for the playoff.

Shikhar Dhawan got dismissed on 35(22) by Mumbai's spinner Rahul Chahar. DC is currently on the third position with 10 points and will play their next game against Kings XI Punjab on April 20, 2019. While Mumbai team will be seen in action next against Rajasthan Royals in the match no 36 of IPL 2019.