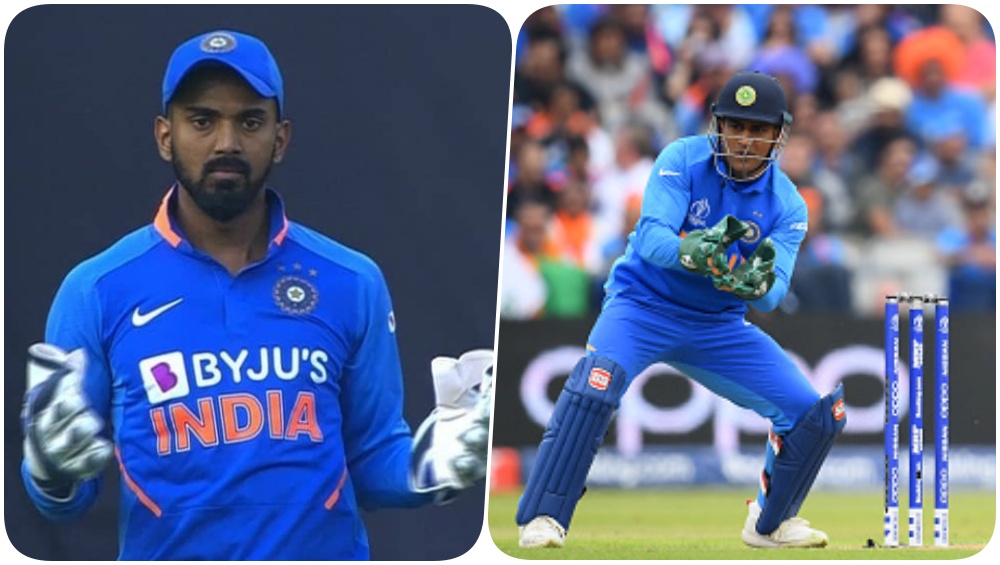 The first ODI match between India and Australia at the Wankhede Stadium yesterday proved to be the most forgettable game for the fans of the Men in Blue. The Men in Blue were humiliated by the Australians as they defeated India by 10 wickets for the first time in the history of ODIs. To add on, Rishabh Pant suffered from a concussion and wasn’t able to keep wickets and KL Rahul stepped into his shoes. During his stint behind the stumps, KL missed a ball and then stadium went berserk with the chants of Dhoni Dhoni. India Vs Australia, Live Cricket Score 1st ODI Match.

This is not the first that a wicket-keeper has been subjected to chants like these. On many instances, Rishabh Pant has also been teased by the fans in the stadium with the chants of MS Dhoni. The incident happened yesterday with KL Rahul during the 24th over when Ravindra Jadeja was handling the bowling duties. The ball turned towards the keeper and KL was not able to grab that one. The ball then ran away for a four. This surely did not go down well with the fans and they started chanting MS Dhoni’s name. Check out the video of the incident below:

Talking about the game, India lost the match by 10 wickets for the first time. It was David Warner and Australian captain Aaron Finch who single-handedly led Austalia to win the game. The Aussie openers broke a plethora of records and led the team to a massive win.