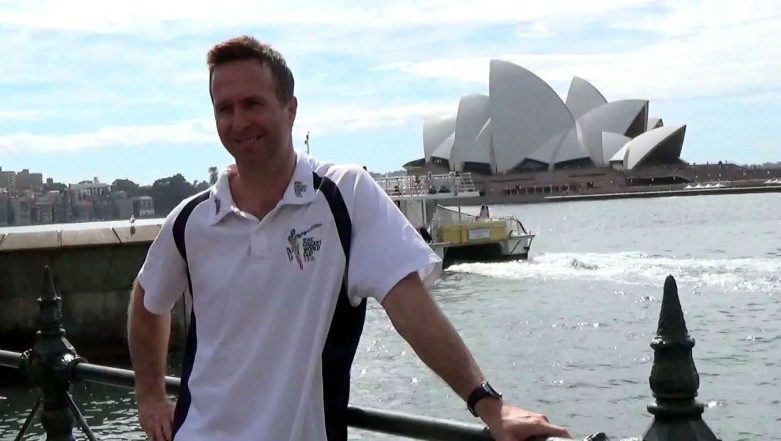 London, May 22: Former skipper Michael Vaughan believes the Eoin Morgan-led side has the best opportunity England have had in years to win the World Cup. After thrashing Pakistan 4-0 in the five-match ODI series, England on Tuesday named their 15-man squad for the showpiece event which starts on home soil next Thursday when they take on South Africa.

England are being touted by many as favourites to lift the World Cup trophy and Vaughan believes the current ODI side has the "best opportunity in my life time". "This England squad is the best I've seen. They have earned the right to be favourites," BBC quoted Vaughan as saying. "It's the best opportunity in my time for England -- I remember 1992 as a youngster, watching that final at college," he added. England Final Squad for ICC Cricket World Cup 2019: David Willey Makes Place for Jofra Archer in 15-Men Member Team.

England reached the final in 1979, 1987 and 1992 but went out in the group stages four years ago. Their biggest global trophy to date is the ICC World T20 in 2010. The former England skipper further advised Morgan and his troops to play smart cricket in the showpiece event.

"They got to the semi-finals of the Champions Trophy two years ago but didn't get over the line on that occasion," he said. "They've got to see that as a real positive experience and if they get into the semis again, play smart cricket," he added. Meanwhile, Morgan said his team would "like to start playing tomorrow".

"We're positioned in the best possible place at the moment," the 32-year-old added. "Our exceptional days are better than we could have imagined and I could never have seen those at the start of 2015." England Squad for ICC Cricket World Cup 2019: Here’s a Look at English Team’s Expected 30-Man Players List for the Mega Event.

Test captain Joe Root said England had "adapted their game" since the Champions Trophy in 2017, where they lost to Pakistan who eventually emerged out as winners. "It's been a long time since we've been this well prepared going into a major tournament," Root said. "It feels like everything is falling into place nicely. It's just about performing at the right times now," he added.