The ICC T20 World Cup 2022 will be held in Australia between October 16 and November 13, with 16 teams set to compete across seven cities. The highlight of the T20 World Cup 2022 schedule is the India vs Pakistan contest which will be played on October 23 at the Melbourne Cricket Ground. 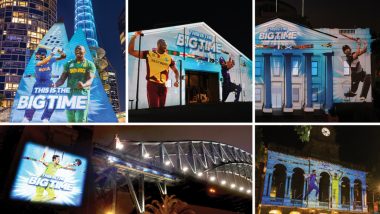 England, New Zealand, Australia and Afghanistan have been drawn together in Group 1, with India, Pakistan, South Africa and Bangladesh heading into Group 2. Four teams from qualifying stage (first round) will be equally divided into these two groups. In addition to the India vs Pakistan match, we have a clash between Ashes rivals Australia and England too. David Warner's Daughters Show Off Personalised Cricket Bats As ICC Announce Full Schedule of T20 World Cup 2022. 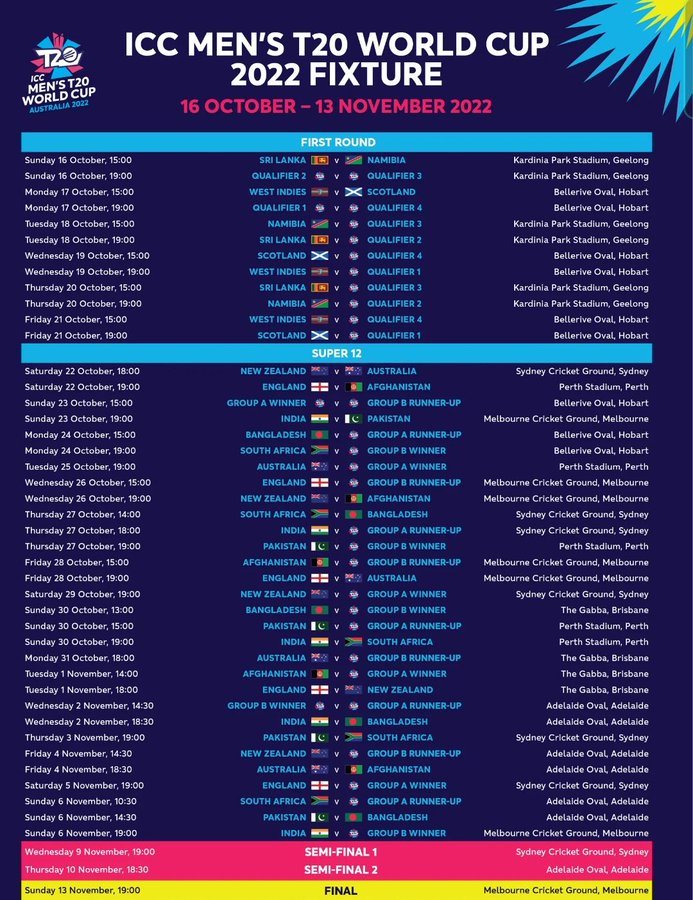 The Sydney Cricket Ground will host the first semi-final on Wednesday 9 November, with the second semi-final held the following day at the Adelaide Oval. The final of the ICC Men’s T20 World Cup 2022 will be held on November 13 at the Melbourne Cricket Ground.

(The above story first appeared on LatestLY on Jan 21, 2022 10:12 AM IST. For more news and updates on politics, world, sports, entertainment and lifestyle, log on to our website latestly.com).