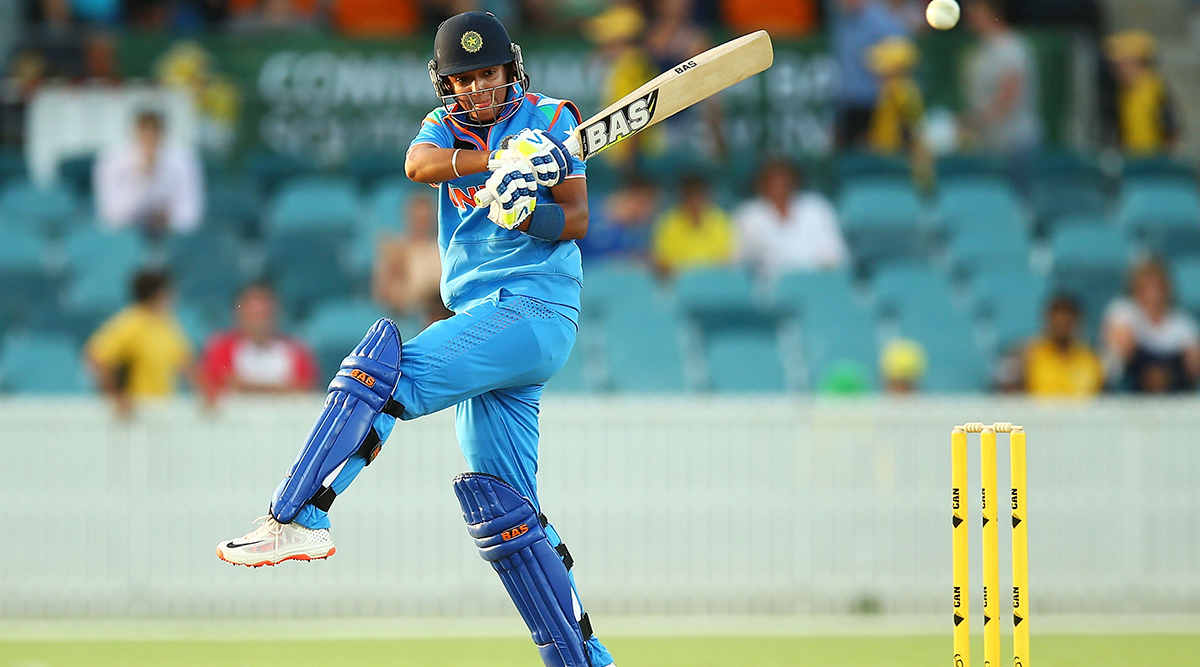 Mumbai, January 23: India skipper Harmanpreet Kaur on Thursday echoed head coach W.V Raman in saying that handling pressure would be the key as they look to win the Women's T20 World Cup in Australia, a feat they came close to but could not achieve in the last two global showpieces. India made a semi-final exit from the last T20 World Cup and in the previous ODI World Cup, they had finished as runners-up.

"We were quite close in the last two World Cups, the only thing is we have to keep in mind how to handle pressure in the tournaments, last two World Cups we lacked in handling pressure," Harmanpreet told reporters at the pre-departure press meet ahead of the tri-series involving England and hosts Australia, which will be followed by the World Cup next month. ICC Women’s T20 World Cup 2020 Trophy Unveiled by Bollywood Star Kareena Kapoor in Melbourne, Have a Look.

"This time we want to enjoy rather than taking more pressure on ourselves, thinking that it is a big tournament. We have to avoid thinking like that and focus on giving our best," she added.

Coach Raman had told IANS in an interview a few days back that the presence of youngsters like 15-year-old Shafali Verma and uncapped Richa Ghosh does not mean that the team members will feel more pressure due to the stature of the tournament that they are playing in.

"Sometimes we try to put into their heads whereas they don't necessarily feel it (pressure). Youngsters don't have fear, it is others who tell them that," he had said. On India's chances, Raman said: "I am very positive about our girls chances. I fancy their chances a lot. The one thing probably that needs to be enhanced is to strike an emotional balance.

"There would be sudden change in tempo in scorecards, it would induce emotions from both ends. If they can find a middle path that will enhance our chances," he said. The women's World Cup will be played in Australia from February 21 to March 8. India are clubbed with Australia, Bangladesh, New Zealand and Sri Lanka in the Group stage.