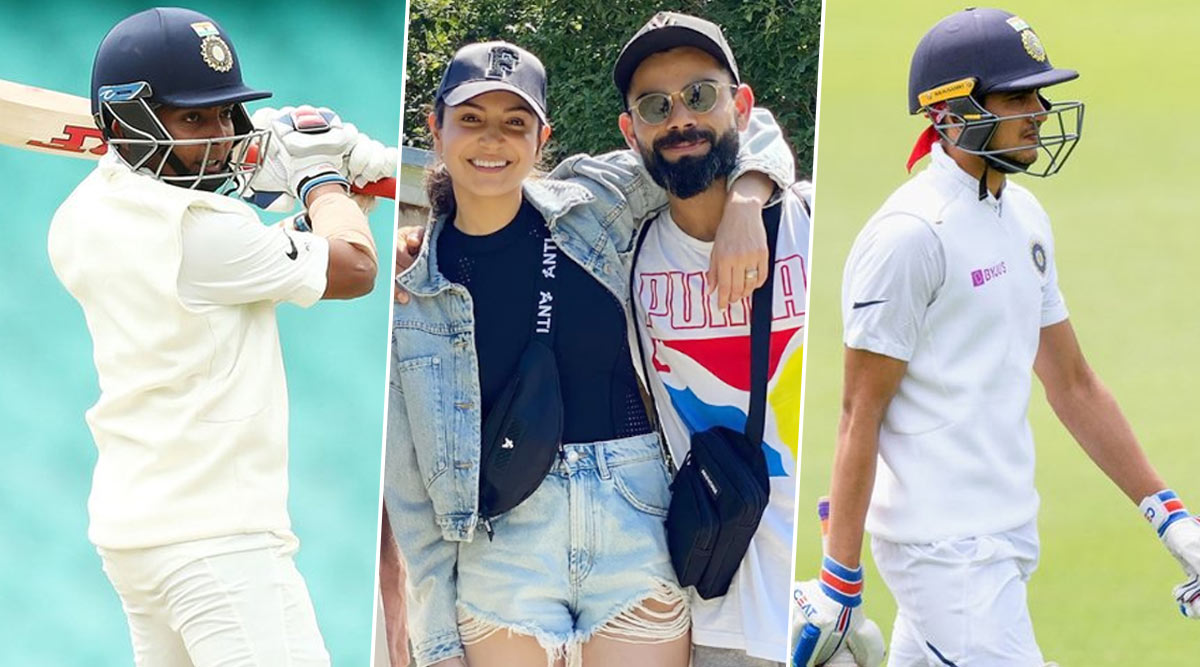 Hanuma Vihari’s fighting century and Cheteshwar Puajar’s 92 were the only shine in an otherwise gloomy day of Indian batting on the opening day of India vs New Zealand XI war-up game. Vihari and Pujara, only two batsmen to cross the 20-run figure – looked apart from the rest as India folded for 263 on the 1st day of the IND vs NZ XI warm-up match. Ajinkya Rahane (18) was the only other batsman to reach double figures in the Indian innings, which had four batsmen out for a duck. The talking point of Day 1 was, however, Virat Kohli’s decision to not bat in the Indian innings as well as the dismissal of both Prithvi Shaw and Shubman Gill for ducks. Both the youngsters are competing with each other for one opener’s slot in the Indian team. Three Openers Fail Seam and Bounce Test Before Vihari, Pujara Come to Rescue.

Opted to bat first after Ajinkya Rahane had won the toss, India lost Shaw in the very first over for a four-ball duck. His opening partner Mayank Agarwal departed in 6.1 overs and Gill (first-ball suck) a delivery later to leave India reeling at 5/3 at one stage. Rahane and Pujara then provided some resistance before the former was removed by James Neesham.

A busy end to the day in Hamilton! A flurry of wickets has India 263/9 to close the day. Vihari leading the way with 101 retired. Scorecard | https://t.co/DlM94EI8Sn #NZXIvIND pic.twitter.com/GRfZhdQAu6

Out came Vihari and stitched a 195-run partnership with Puajara to rescue India’s innings. Pujara fell seven runs short of a century in the non-official game but Vihari got there and showed the management why he could be a vital addition at no 6 in these type of conditions.

The Competition in Indian Top-Order is Crazy

First Ball Pant faced was boundary straightaway. He then went on to make 7 from 10 balls(Dismissed by Sodhi). Typical Pant Innings😂 #NZvIND #NZXIvInd

Pant Proves His Worth

Rishabh Pant proving his worth again.

The Competition for the Opener's Slot

Prithvi would be given the first chance and rightly so. No one out of them performed during the practice match. It is in these situations where you want @klrahul11, who is in the form of his life.#NZXIvInd #NZvsIND pic.twitter.com/PDzPrpZIc6

But even as India fought hard and batted deep to get some match practise before the 1st IND vs NZ Test on February 21, 2020 (Tuesday), their captain and best batter – Virat Kohli – was nowhere to be seen. Reports claimed that the Indian skipper had opted full a full and gruelling training session instead of batting in the warm-up game. Disappointed fans later took shots at the Indian captain for such a decision.

Meanwhile, Scott Kuggeleijn and Ish Sodhi were the pick of the home bowlers with three wickets each while Jake Gibson took a double. Kuggeleijn, who opened the bowling, made full use of the conditions and bounce to run through the Indian top-order before Sodhi came and did what he always does – bowl fast spinners and trick them.