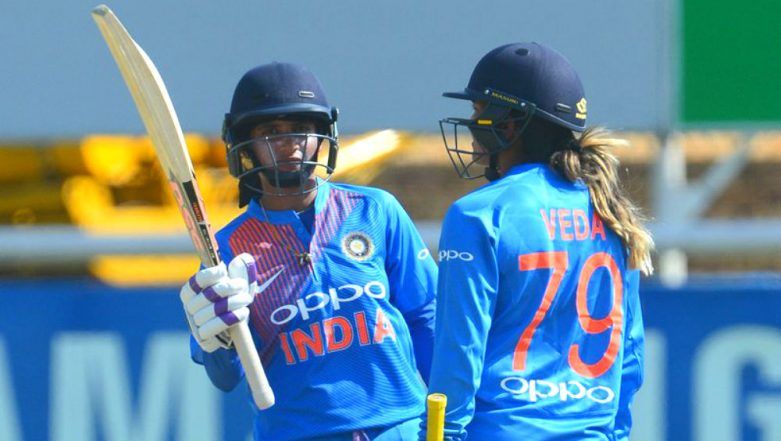 East London, Feb 15: A perfect start achieved, the Indian women's cricket team would look to continue its supremacy over South Africa when the two sides clash in the second Twenty20 International, here tomorrow. After a 2-1 win in the ODI series, the Indian women started the T20 series on a confident note, drubbing the hosts by seven wickets here in the first game on Monday. And the Harmanpreet Kaur-led side would look to carry on the momentum in the remainder of the five-match series.

The way the Indians came out all guns blazing in the first T20, it seemed the loss in the inconsequential third ODI prior to the series was just a rare bad day in office and their confidence hardly took a beating. Opting to bowl, the Indian women first restricted South Africa to 164 for four and then overhauled the target with consummate ease in 18.5 overs. The match is scheduled to start at 04:30 PM (IST).

While chasing, opener Mithali Raj (54 not out) held the Indian innings together and shared two crucial stands - a 69-run partnership for the third wicket with debutant Jemimah Rodrigues (37) and a 52-run fourth-wicket stand with Veda Krishnamurthy (37 not out) - to steer her side home. India Women vs South Africa Women First T20, 2018: Mithali Raj's Unbeaten Half Century Helps IND Beat SA by 7 Wickets

Mithali's knock, her 11th T20 International half-century, came off 48 deliveries with the help of half a dozen fours and one six and the Indian team management would hope for an encore from the experienced batswoman.

The 17-year-old Mumbai player, Rodrigues, also batted impressively on her debut, hitting four boundaries and a six during her breezy 27-ball knock, while Krishnamurthy was at her attacking best.

Opener Smriti Mandhana made 28 but she would be hoping for a big knock tomorrow. Skipper Harmanpreet Kaur too would be hoping to score big after a first-ball duck in the last match, owing to a run-out.

The Indian batting looks in good form but the visitors' bowling is a cause of concern in the absence of veteran pacer Jhulan Goswami, who has been ruled out of the series because of a heel injury.

Young fast bowler Pooja Vastrakar (1/34) certainly looked nervous on her debut and her pace colleague Shikha Pandey's (1/41) performance was a big let-down. In the absence of Jhulan, Pandey would need to shoulder more responsibility upfront in the bowling department.

T20 specialist off-spinner Anuja Patil was the star for India in the last match, claiming 2 for 23 in her four overs to pin down South Africa's batting line-up. But she would definitely need support from the likes of Poonam Yadav, Radha Yadav, and Harmanpreet.

"It's good to have the youngsters in the squad. Usually, when you have a few new members, they get a lot of positive energy into the team and they are quite active on the ground too," Mithali had said after the first match.

For South Africa, the key would be not to get bogged down by the setback and build on the positives. Chloe Tryon’s ballistic 32 not out from seven balls, including two fours and four sixes, was a big takeaway from the last match and skipper Dane van Niekerk is hoping that the team builds on it.

"We need to regroup, we need to speak openly and honestly with each other and see where we can change stuff. Our fielding wasn't at its best and we pride ourselves on our fielding," Niekerk has said. "T20 is so short and the margins are so much smaller, so hopefully we can bounce back in the next few. I'd like to win the next four and go away from this tour smiling."