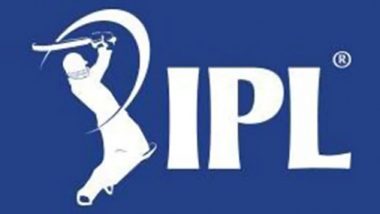 New Delhi, August 5: The Indian Premier League (IPL) franchises had a meeting via teleconference on Wednesday and the major issues discussed was player replacement, logistics and concerns over a title sponsor going into the 13th edition of the cash-rich league in the UAE.

Speaking to IANS, an official of one of the franchises in the know of developments said that there was quite a bit of discussion on the issue of player replacement. IPL 2020 SOPs: Teams to Stay in Separate Hotels in UAE, Medical History to Be Checked.

"In fact, there were interesting views that were put on the table and it was all related to the COVID-19 effect. Player replacement could actually play an important role this edition due to the virus and we were looking at the broader picture and what could be the necessary areas that we need to cover beforehand so that nobody is caught on the backfoot during the tournament," the official explained.

Another area that dominated the meeting was the point with regards to VIVO being replaced as the title sponsor. "We are 45 days away from the IPL and at this point in time obviously it will be an area of focus as we need a new sponsor. A lot of areas need to be understood when it comes to the revenue side of things and at the end of the day it is one family. It is not like IPL franchises and BCCI are on different paths.

"We all want a successful IPL. With a new sponsor coming in, it will also be needed to see what is it that the sponsor is offering and if that comes close enough to the money that was being pumped in by Vivo. So, things like these must be kept it mind while also making no bones about the fact that the emotions of the fans and people of India is the priority," the official said. Ahead of IPL 2020 Delhi Capitals Batsman Ajinkya Rahane Says He is Looking Forward to New Beginnings.

An official of another franchise said that talks also revolved around the expenditure part wherein teams were discussing the logistics and how they are planning their stay and travel in UAE. "We are now in the business end if you call it that when it comes to finalising everything with regards to IPL in the UAE. So, we also had a chat on the logistical part of things and how each of us are going about it. We also have the SOP prepared by the board so we were having a chat on integrating our roadmap with the directives in the SOP," the official pointed.

(The above story first appeared on LatestLY on Aug 05, 2020 11:17 PM IST. For more news and updates on politics, world, sports, entertainment and lifestyle, log on to our website latestly.com).