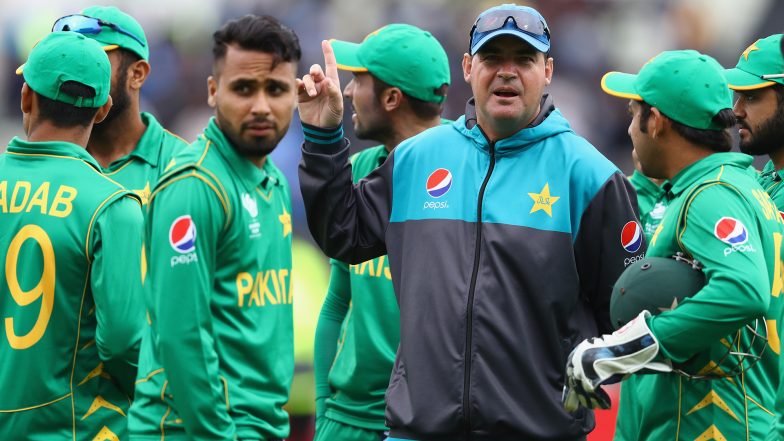 Pakistan cricket team coach Mickey Arthur, speaking at the press conference after the Pakistan vs South Africa match, said that he felt like "committing suicide" after Pakistan's loss to team India in the world cup match at the Old Trafford, Manchester. The Pakistani coach was speaking on how a single uplifting moment can change things and psyche in sports. Haris Sohail Was Brilliant, Write Something Positive: Mickey Arthur Slams Journalist for Criticising Pakistan Batsman's Batting in Match Against South Africa.

Coach Mickey Arthur along with Pakistan skipper Sarfaraz Ahmed was under fire from fans and media after the Pakistan cricket team's loss to India. Questions were also raised by former Pakistan players on the fitness and intent of Pakistan team and Arthur's grasp of the situation following Pakistan's lackadaisical show at the world cup. Mickey Arthur Confident That Pakistan Will Qualify to Semi-final.

Arthur emphasised on how important it is for someone to stand up and perform well. The coach was of the opinion that often it takes a win or two for a team to get back in groove. The South African born Australian cricketer Mickey Arthur, said that South Africa also needs an inspired performance and added that things would get better for Proteas once a player gets determined to produce a match-winning performance.