Most Centuries in ODIs: Rohit Sharma Moves Past Sanath Jayasuriya to Take Fourth Spot on the List 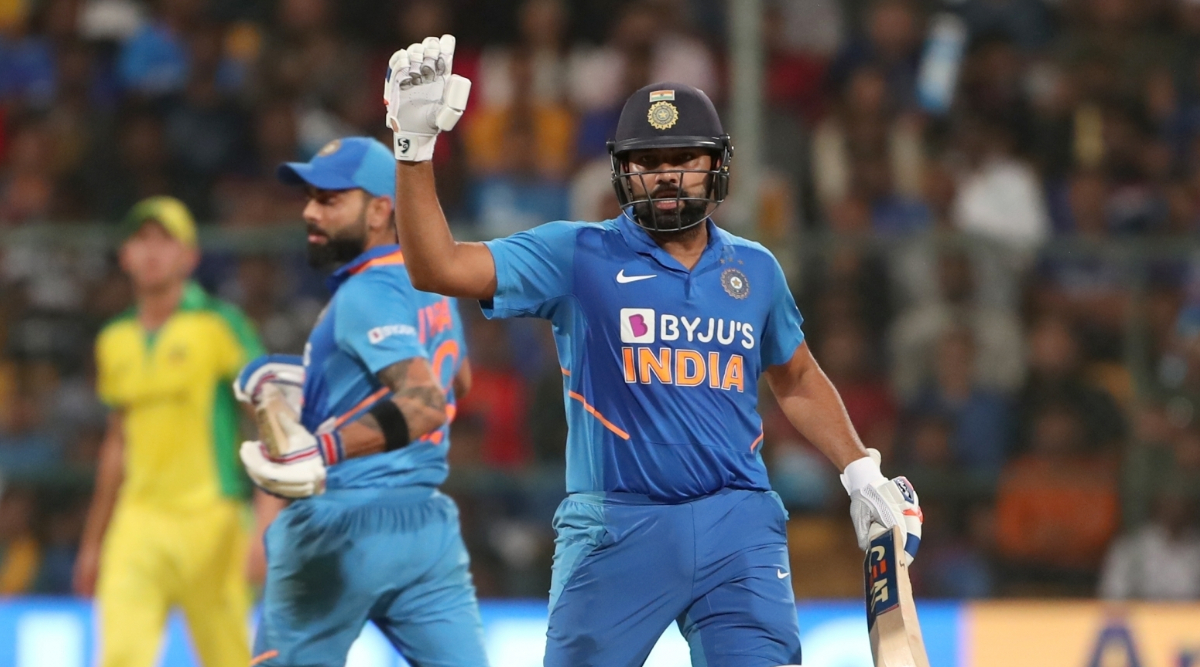 After having missed out in first two One-Day Internationals (ODI) against Australia, Indian opener Rohit Sharma made a significant contribution as he scored his ODI career’s 29th century during the third and final ODI at the M Chinnaswamy Stadium in Bengaluru. By doing so, Rohit now moves to the fourth place on Most Centuries in ODIs list. The Indian cricketer surpassed former Sri Lankan opener Sanath Jayasuriya, who has 28 centuries against his name. Rohit Sharma Becomes Third-Fastest Batsman to Reach 9000 Runs in One Day Internationals, Reaches Landmark During India vs Australia 3rd ODI 2020.

Rohit scored 10 in the first ODI in Mumbai and in Rajkot, in the second ODI, he scored 42. And now at Bengaluru, the right-hander crossed the three-figure mark. Interestingly, in 2013 Rohit slammed 209 against Australia at the same venue. Meanwhile, the right-hander brought up his 29th century off 110 balls. Virat Kohli Breaks MS Dhoni’s Record to Become the Fastest Captain to Score 5,000 Runs in ODIs, Achieves Feat During IND vs AUS 3rd ODI 2020.

Most Centuries in ODIs- Top Five

At the time of filing this story, India were 192 for one in 35 overs in chase of 287. The third ODI at Bengaluru became a series-decider after India bounced back to win the Rajkot ODI. Earlier, Australia had won the series opener in Mumbai.