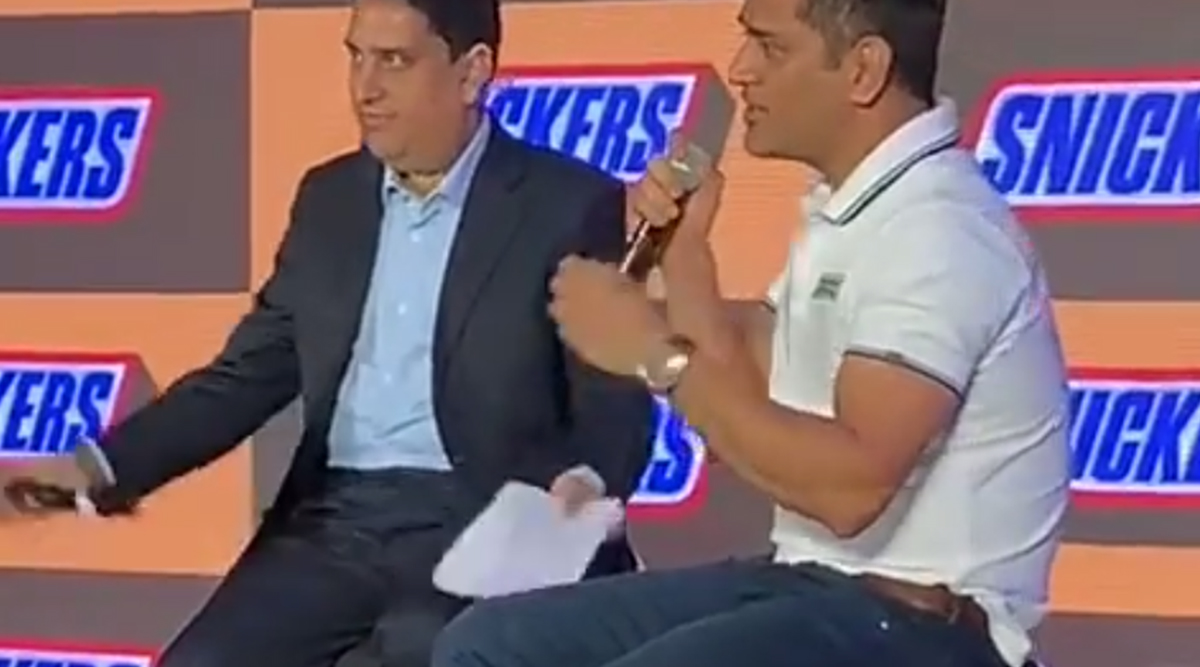 On a long sabbatical from cricket, MS Dhoni was recently spotted at an event humming to an iconic Hindi song from the 90s era. The former Indian captain, who has not played a single game post the 2019 ICC Cricket World Cup, has been on a long break from Indian cricket keeping himself busy on other things. Dhoni was recently seen hitting the nets at the Ranchi Cricket Stadium after his return from the Parachute army regiment but has stayed away from making any comments about his future prospects in cricket or return to the Indian team. Most recently, a short video clip of the wicket-keeper batsman singing at an event went viral on the internet with Dhoni drawing applause for his talent. MS Dhoni Flaunts His Singing Skills on a Karaoke Mic During a Party in Ranchi (Watch Video).

In the video, Dhoni can be seen singing the classic Bollywood number ‘Main pal do pal ka shayar hoon’ from the 1976 film Kabhie Kabhie. The World Cup-winning former Indian captain could be seen trying his voice in singing at an interview session with popular broadcaster Boria Majumdar on the sidelines of an event. Cheered on by Majumdar, the fans applause and clap Dhoni as he sings two lines from the classic Bollywood song. Amul Gives a Hilarious Take on MS Dhoni’s Retirement Via an Interesting Caricature.

Meanwhile, Dhoni, who had initially taken a two-month break from cricket to serve with his battalion in the Indian army, has now been out of the Indian cricket for over six months with uncertainty still hanging over his return. Rumours were rife that the veteran wicket-keeper batsman would return to the Indian team post the West Indies limited-overs series at home but asked on his much-awaited cricket return, Dhoni replied: "January tak mat poocho (don't ask me till January).”

Mahi is here to destroy those Monday blues! Listen to him croon to one of the Bollywood classics! 🎶😍#Mahi #Dhoni #MSD @msdhoni pic.twitter.com/CTlAXdbagD

India head coach Ravi Shastri had also earlier said that instead of speculating, one should wait for Dhoni till the 2020 season of Indian Premier League (IPL) and then talk about his return. Dhoni has confirmed his participation at IPL 2020 where he is expected to lead the Chennai Super Kings once again as they aim for a fourth IPL title.